Seeing as so few loaches seem to be breedable in the hobby, I thought I'd post a quick account of one very easy to spawn species; the rosy loach, Petruichthys sp. 'Rosy' (previously Yunnanilus sp. 'Rosy' and often ficticiously named "Tuberoschistura arakanensis".

There are one or two previous references to breeding this loach already in aquaria, but they can be a little tricky to track down and somewhat confusing, but in essence they are like any other egg-scattering fish...

Keeping them
Keeping the adult rosy loach is straightforward. They seem to prefer being in groups of 10 or more - less than this and they can be very shy. They don't shoal often (sometimes after water changes), but tend to chase each other around in groups of 2 or 3. They will also follow other fish, and even shrimp. In my experience females are shyer and less active than males. They appreciate plants and other cover in which to hide, but are very active in mid-water - I keep mine in a 90x30x90cm tank and wouldn't recommend anything less than a 60cm tank, despite their small size (about 3cm fully grown). They are unfussy eaters and will eat almost anything I add to the tank. Small live foods are definitely recommended for getting them into breeding condition.

The display tank where mine live - Adult males resting in the plants - 
Sexing
There seems to be some confusion over this in the online profiles. Sexing mature fish is very easy; females are completely grey and speckled, adult males vary between yellow, orange and a deep pinkish red depending on age and breeding status and may have a single dark lateral stripe, or a mixture of stripe and dorsal freckles. If a fish shows any colour, it's a male. Juveniles of both sexes are grey and speckled and hard to differentiate. Adult females are also deeper bodied with a slightly hunched appearance.

Breeding setup
I had seen spawning behaviour several times in the display tank, but eggs/fry were inevitably eaten by the other occupants, so I moved a trio (1M:2F) of loaches to a 25l breeding tank with a mesh bottom to protect the eggs, heavily overgrown with ferns, mosses and floating plants and filled with aged water from the display tank. Water stats were 22 degrees, 215ppm, ph 7.4, and the tank was full of cyclops and other microorganisms for fry to feed on and also contained a few shrimp and snails. I fed them plenty of live daphnia and mosquito larvae and after 2 days they settled in and I witnessed several bouts of spawning behaviour (the males vigorously chase the female, eventually cornering her where they assume something of a 'T' position, but with lots of twisting around). This continues for a number of minutes until the female is spent. The eggs seem to be scattered at random amongst plants but I never saw any directly and I was unable to determine if they were adhesive or not. 2 days later I spotted the first tiny fry at the bottom of the tank and so removed the adults.

Fry growth
I ended up with 10 fry from the two females (not sure if one or both spawned), form an unknown number of eggs. The fry grow quite quickly and I did not notice any mortality. For the first week I fed them nothing - they fed happily on rotifers, baby cyclops and whatever else was growing in the tank. After a while I started them on microworm and then small sized 'golden pearls', both of which were accepted eagerly. The fry quickly become very active and move from being largely benthic to exploring the whole water column within about a week. By day 50 they measure about 1cm TL and were large enough to add back into the display tank, where they seem to be doing fine. 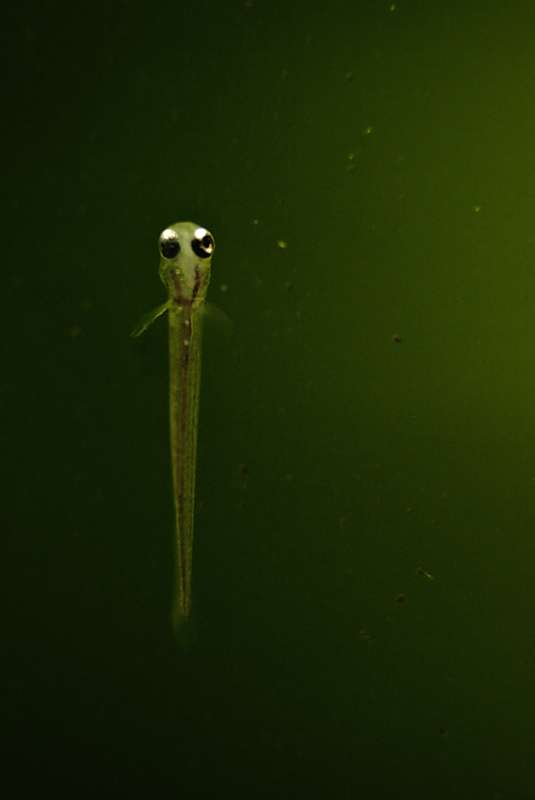 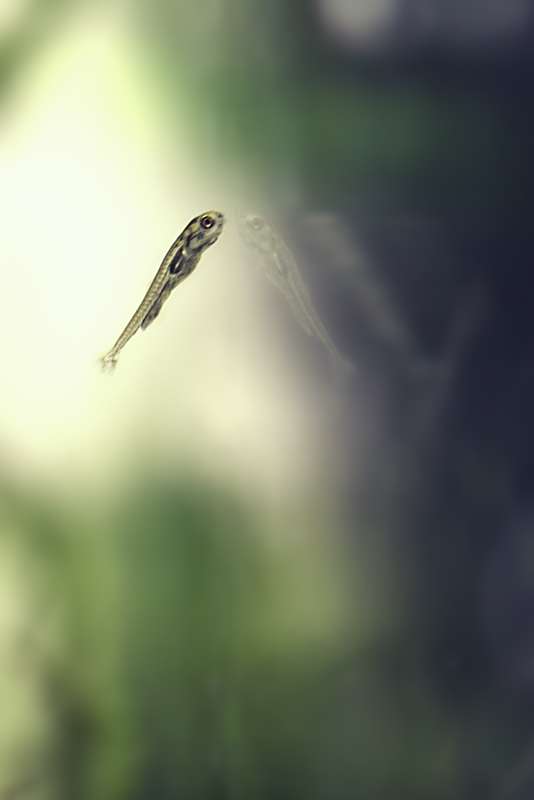 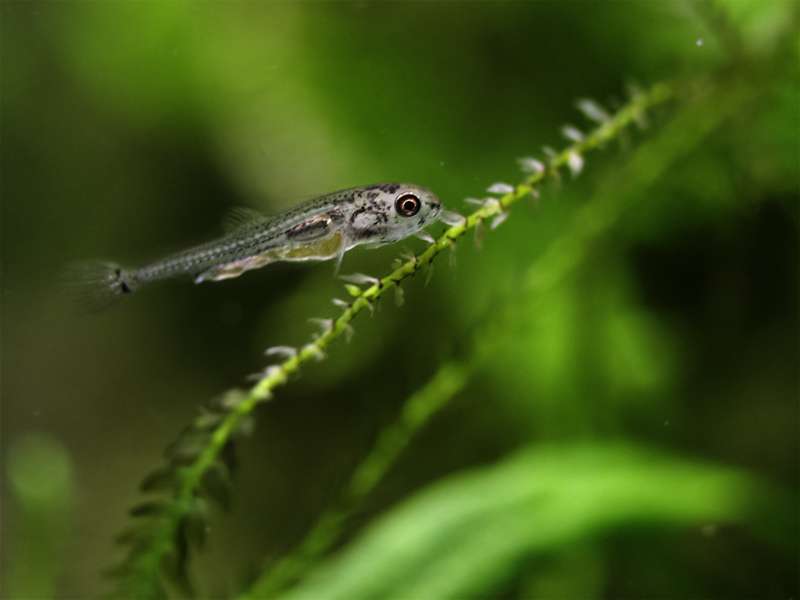 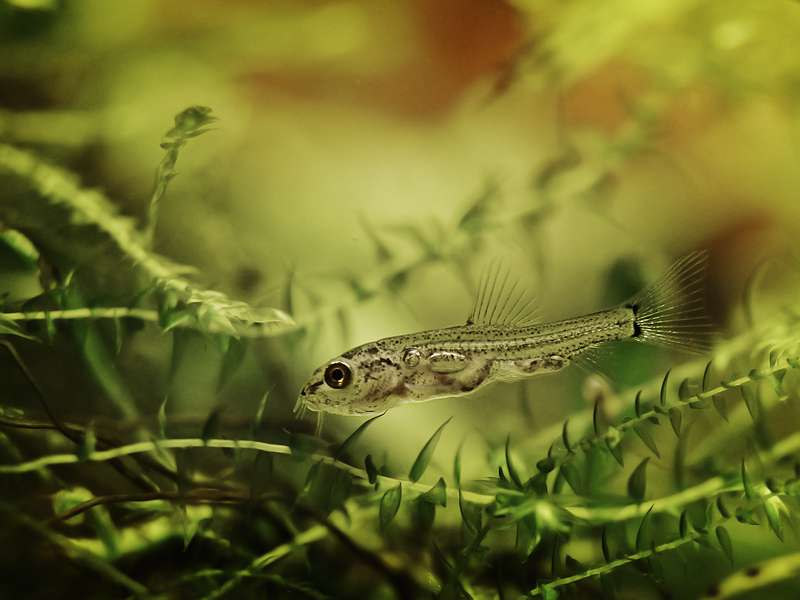 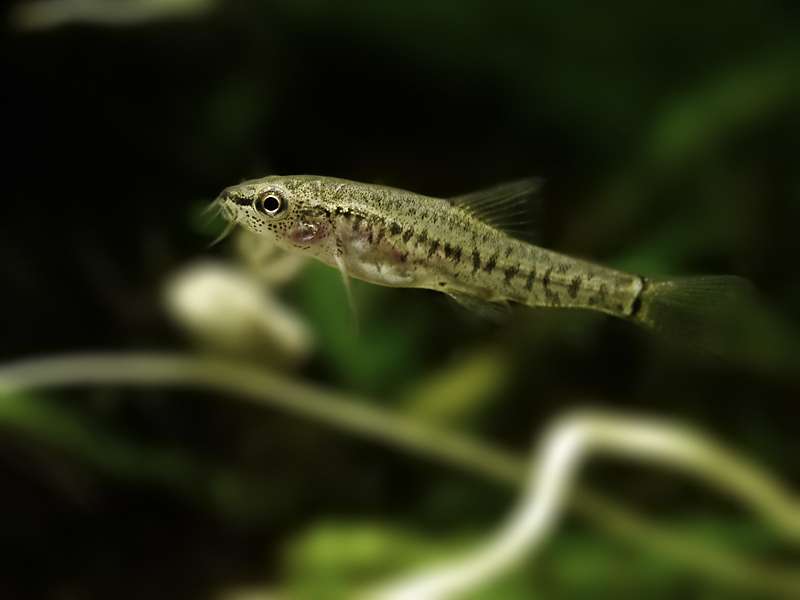 So there you go, really easy egg-scattering loaches, and beautiful fish to boot. Highly recommended.
Top

Thank you for sharing. Great photos and information on breeding.
Top

Wow, BigTom, that's very cool! I keep rosy's too but I think I have only 1 female to 8 males. My friend has a similar ratio...Maybe the importers go for the colorful fish with less females...I tried to pick out some of both but no, the less colored/spotted were subordinate or immature males. With good feeding they colored up to be male, darn it. I hope someday I'll get to see the breeding results you had, congrats! Thanks for sharing you good fortune!

shuwae wrote:Thank you for sharing. Great photos and information on breeding.

Thanks guys, just wanted to encourage some more people to give these guys a go.


NancyD wrote:Wow, BigTom, that's very cool! I keep rosy's too but I think I have only 1 female to 8 males. My friend has a similar ratio...Maybe the importers go for the colorful fish with less females...I tried to pick out some of both but no, the less colored/spotted were subordinate or immature males. With good feeding they colored up to be male, darn it. I hope someday I'll get to see the breeding results you had, congrats! Thanks for sharing you good fortune!

Yeah, a lot of the 'females' I bought also turned out to be male once they'd settled in and grown on a bit. Luckily I got a few actual females and I'm hoping some of these juveniles will be too. I'd definitely give breeding your single female a go, they seem very easy. I wouldn't be surprised if importers were deliberately withholding females like they do with Dario to prevent hobbyist breeding.
Top

Can you elaborate on how to do the mesh at the bottom? My rosies spawn all the time, but I know they just eat the eggs. Nothing has allowed egg/fry survival in my tank, either with masses of guppy grass or subwasswertang. They are extremely difficult for me to catch so moving them into breeding tanks temporarily isn't really practical. I'm considering, sucking out the substrate I have (sand/gravel) and doing something with a plastic mesh area above some marbles or something? But, then I'd have to take out all the plants. Looking for ideas as I believe my Rosies have been aging out (although it's unclear to me how long they live/can't seem to find that info anywhere). Thanks. Great job on your post. I've read it multiple times over the past few yrs since finding it. Any new info you can add is appreciated too.
Top