Thank you VERY much for posting – it is very rare to find a good posting like yours in English. Your pictures are truly wonderful – the best I have seen, regarding Stiphodon

What spezies is this one in the middle of your picture?

Some of mine have occasionally the same ornament.


I am looking for a lot of information. I will ask some day a japanese friend, who lives close to me to do some translation of some Japanese pages, if she has time.

Everything I know about Stiphodon I have summarized here:


Here are some of mine, perhaps you know, what their names are? thank you.

Re: Stiphodon genus of the Goby

odyssey wrote:
I show a picture of Stiphodon percnopterygionus for the first.
It is the small Stiphodon genus of around 4 or 5 cm.
They inhabit Southeast Asia including the Japanese southern part, islands of the west Pacific.
Because it is a kind to be in Japan, I know a lot about them.

The male nuptial coloration is very showy, but the female is a quiet color of the body.

Wow. Great pics. The female in your pics looks just like one I very recently got from Frank's aquarium (listed as Sumatran Blue Neon Goby).
http://www.franksaquarium.com/goby.htm
Unfortuanally only one of the two I got made it through quarantine

What are the water parameters (ie PH, KH, temp, GH, etc.) that you keep them at?

I am sorry that a reply is late, everybody.

Unfortunately I must work on a weekday to get a fund to feed my fishes.

Hi plecoperson , Graeme Robson.
Thanks for your replies!

Hi The Kapenta Kid.
Thank you for encouraging.
These sentences may look pretty good at a glance.
But it is because I use a machine translation system in the Web.
I let it translate the Japanese of the number pattern. and I choose to look best.

Your question ; a mussel or some other mollusk?
It is a simple oval shape stone. But flat shape is important for the nest.

Hi piggy4, afroturf, Jim.
I feel glad that you liked the pictures.

Hi mistergreen.
Your question ; So, do you raise the fry in a brackish water environment?

No, I do not add the salt in a water tank. Therefore I do it as fresh water.
Their habits are coming and going of the sea and the river.
(amphidromous migration)
It is said that the artificial breeding of such a fish of the small egg type is very difficult.
There was what I heard from the expert who challenged it, but seems not to have yet succeeded.

Unfortunately I do not know the scientific name of the species having such small spot,too for the moment.

You should have already looked at the Japanese site of two following.
There is a mention of the analysis of the DNA in the website of Dr. Mukai.

There are splendid pictures and sleeve notes in the site of Taro.

Dr. Mukai is an expert of the gobies, but even he mentions it unless he can identify a scientific name.
He analyzes the mtDNA and states that the difference is slightly big for the same kind of the same habitat.
Therefore, there is possibility of similar another kind in both.

Hi Matt, Batch.
Thank you for introducing the link.
Water parameters of my tank,
The water temp is controlled 24-26°C by a heater and a chiller.

To multiply an alga for their food;
On a day of 14 hours light it up.
A fluorescent lamp; 20W *2 from the upper. 27W, 27W from right and left. 20W *2 from the backside.
Furthermore, I sometimes add iron(Fe) content and the mineral of the silica ingredient.
The pH is values more than about 7.5 .
While lighting up, it can be more than pH 8. 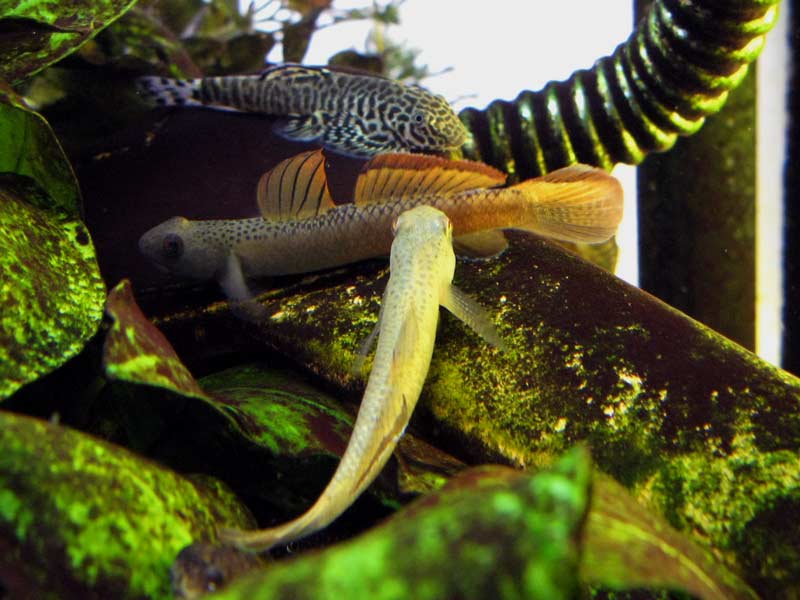 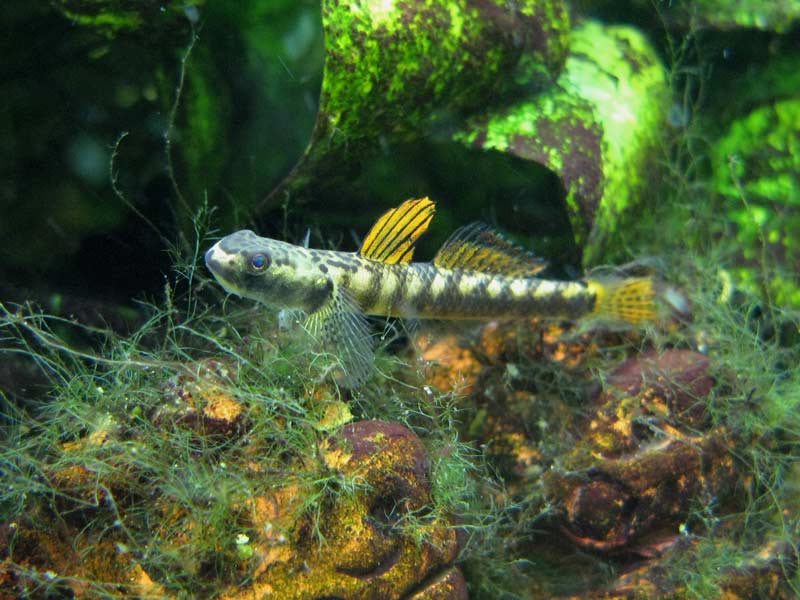 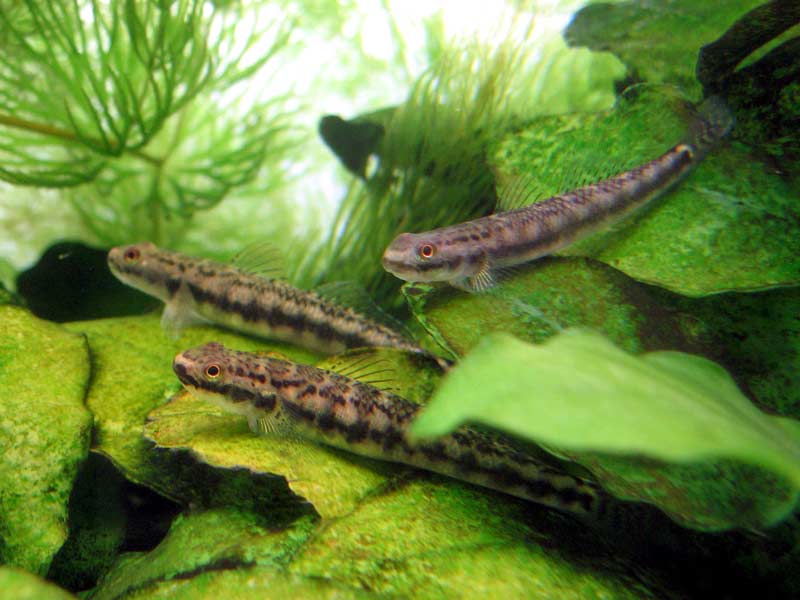 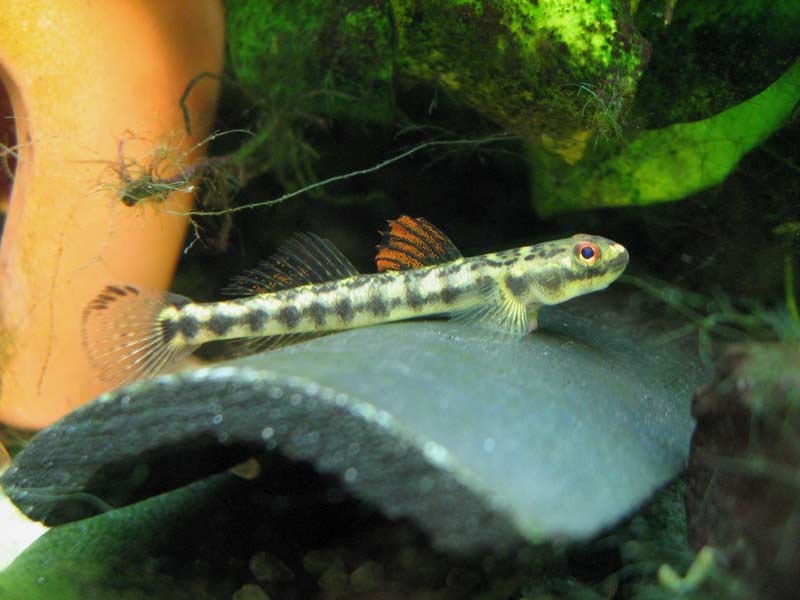 (c) male; BlueMoon (popular name in Japan) similar to S.semoni or S.atropurpureus ??
These are often mixed with import (a),(b). under blue one. upper red is S.percnopterygionus. 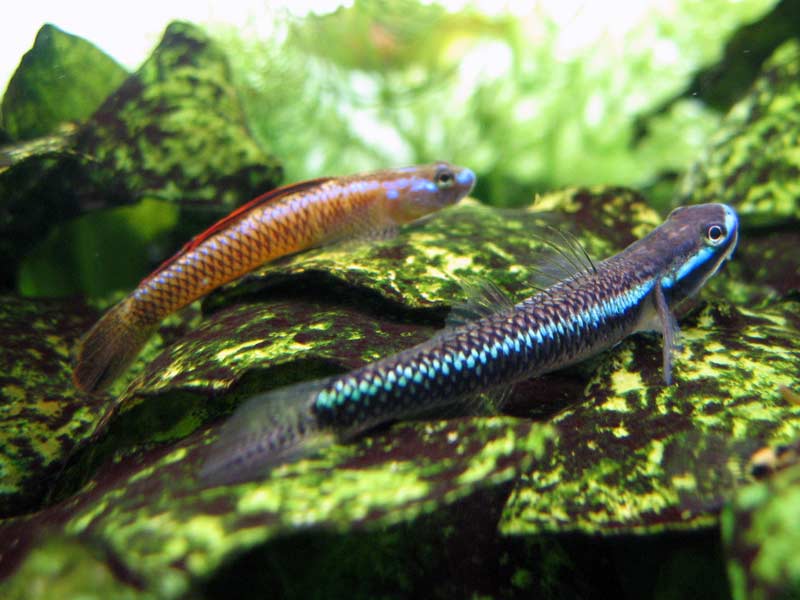 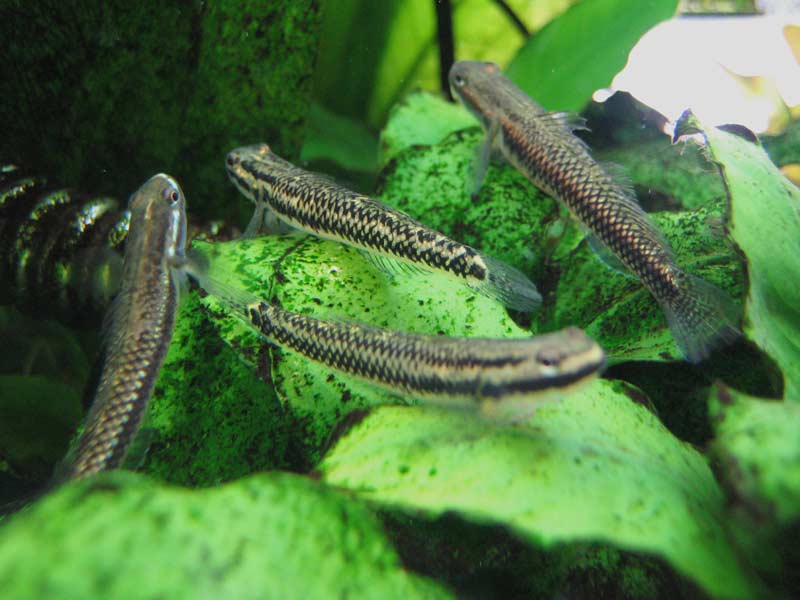 (e) male; RainbowColor (Niziiro) (popular name in Japan)
similar to S.elegans or S.weber or S.imperiorientis or S.olivaceus.
These are often mixed with import (a),(b).
And it seems to be often that the mature male and female are imported separately.
By the DNA analysis, they seem to be the genealogy which are very near to S.pelewensis genetically. 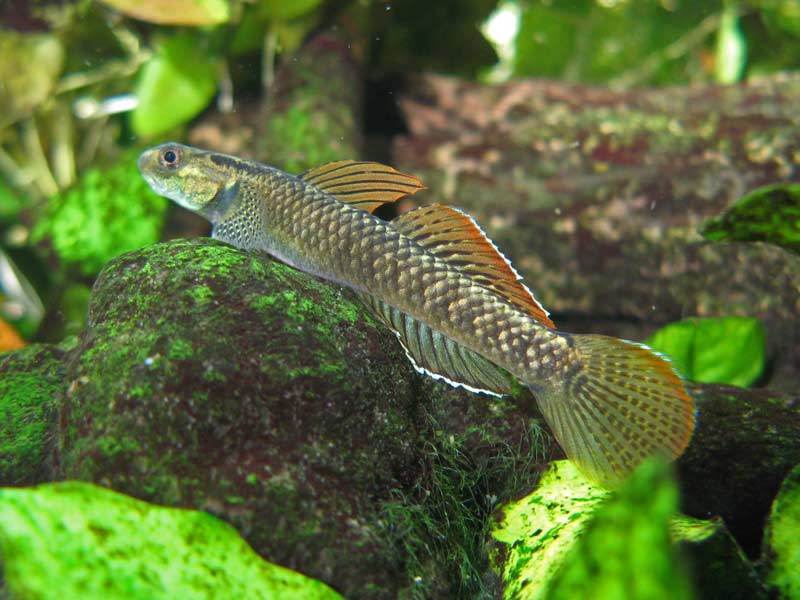 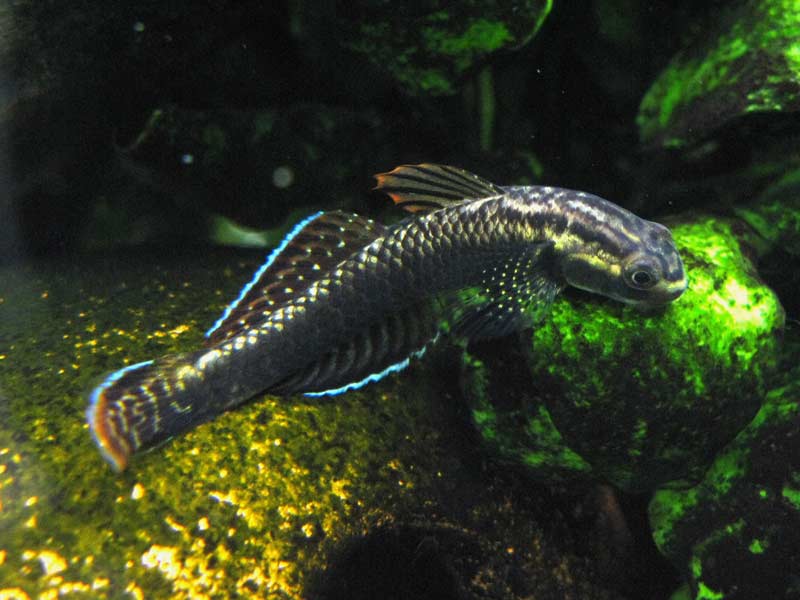 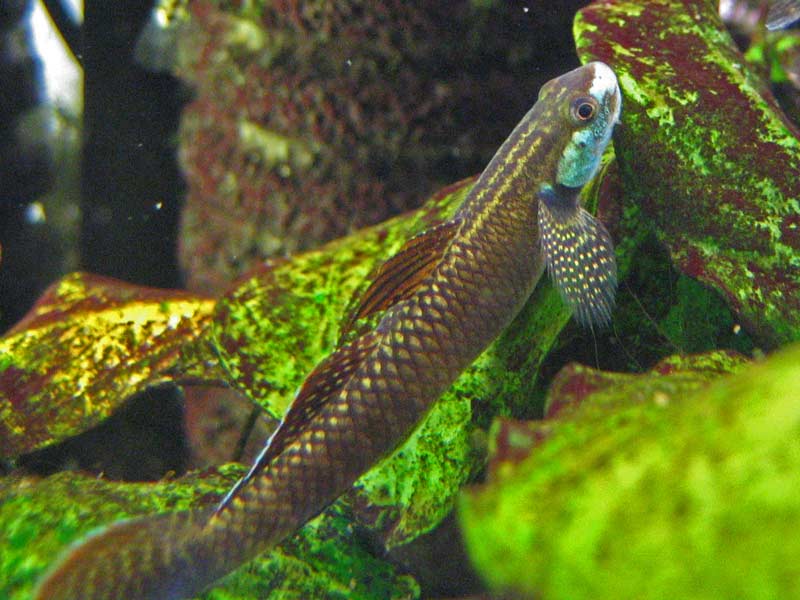 (f) female; RainbowColor (Niziiro)
Only female can be imported by the name of "elegant". 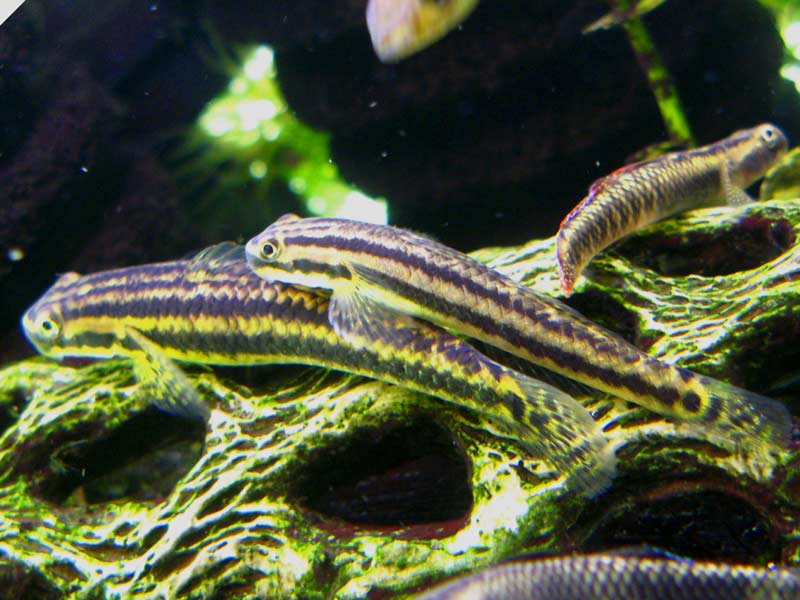 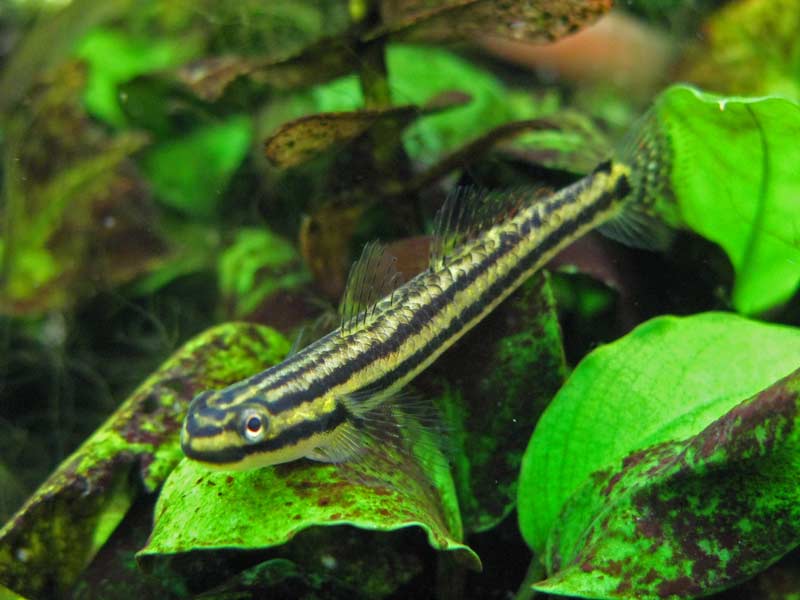 March 1, 2010 editing.
(g) male; Stiphodon pelewensis? (Guam?, Saipan?, Palau.)
They are extremely closely related with upper "RainbowColor (Niziiro) ".
The system of mtDNA is different from upper species a little.
They aren't traded in as an aquarium fish.
Probably I intend to be the same as the species of this site.
http://homepage2.nifty.com/PhD-mukai/La ... hodon.html 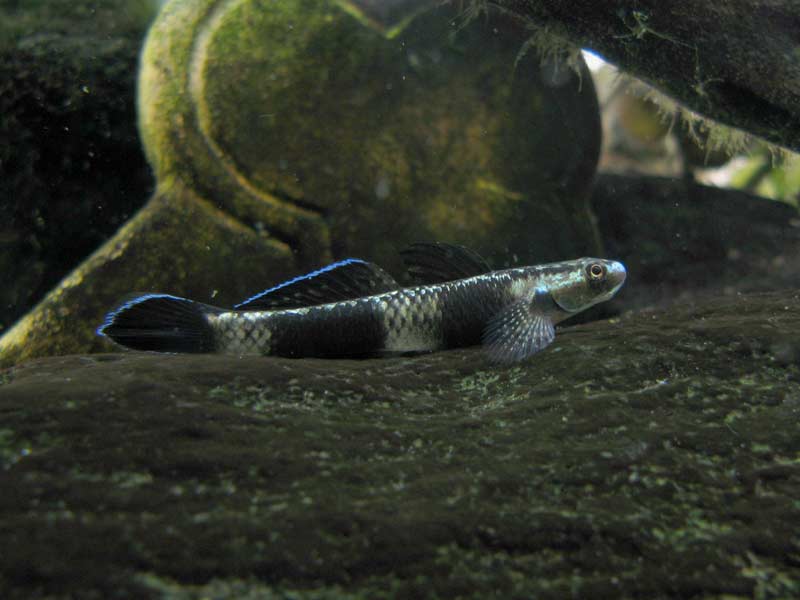 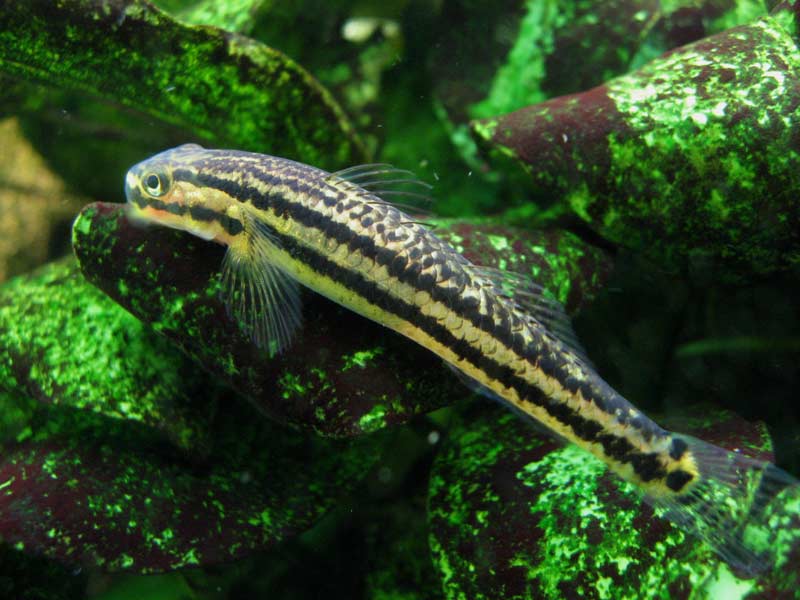 I'm sorry beforehand.
It takes too much time for translating work to the English.
My answer seems to be largely late next week and the week after next because I go for a trip.
I uploaded interesting video clip of the marriage of the male and female stiphodon in YouTube. Thus forgive it

http://jp.youtube.com/watch?v=SOx4Ss1wP9I
Last edited by odyssey on Tue Mar 02, 2010 7:43 am, edited 5 times in total.
I am not used to English. Therefore,It is likely to sometimes misunderstand it.
Top

I loved the video & new pics!

Furthermore, I uploaded one another video clip ;Stiphodon percnopterygionus in Youtube.
It is comparatively long, around 2 minutes.

At first, the scene where the male tempts the female.
He leads her to the side of the nest .
Finally both crawl into the den.

They lay eggs after this in the ceiling part of the stone in the sand.
The female leaves the den after laying eggs, but the male protects their eggs in a nest for around 1 week.
I am not used to English. Therefore,It is likely to sometimes misunderstand it.
Top

absolutely stunning fish, thanks for sharing them with us.
the video is great.

I was laughing at all the other fish popping in for some screen time too.

Hi ! mickthefish , NancyD , wasserscheu.
I am sorry that a reply is late, everybody. '

I feel glad that you liked the video clip. Thanks.

(3) A female of S.percnopterygionus licks the algae which stuck to a waterweed.
http://jp.youtube.com/watch?v=GGx4hjQZhZA


These are captured still image from the video. Males battle. 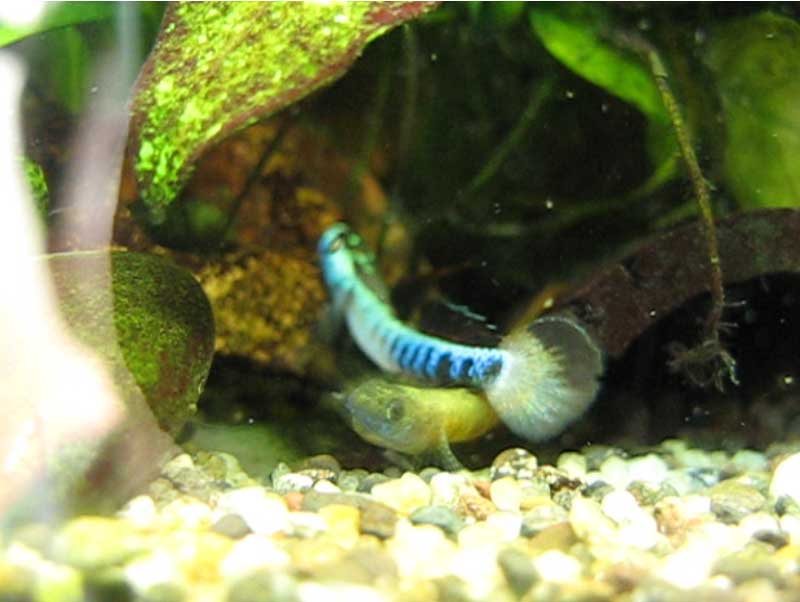 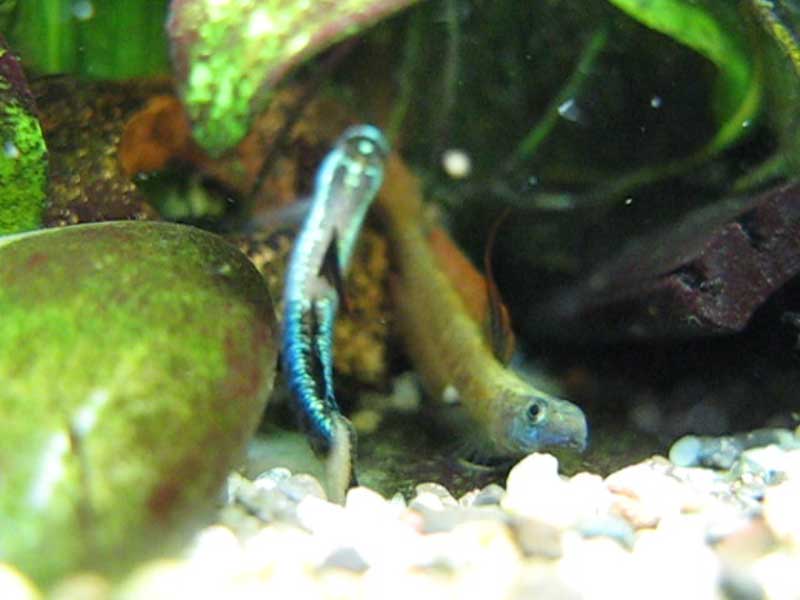 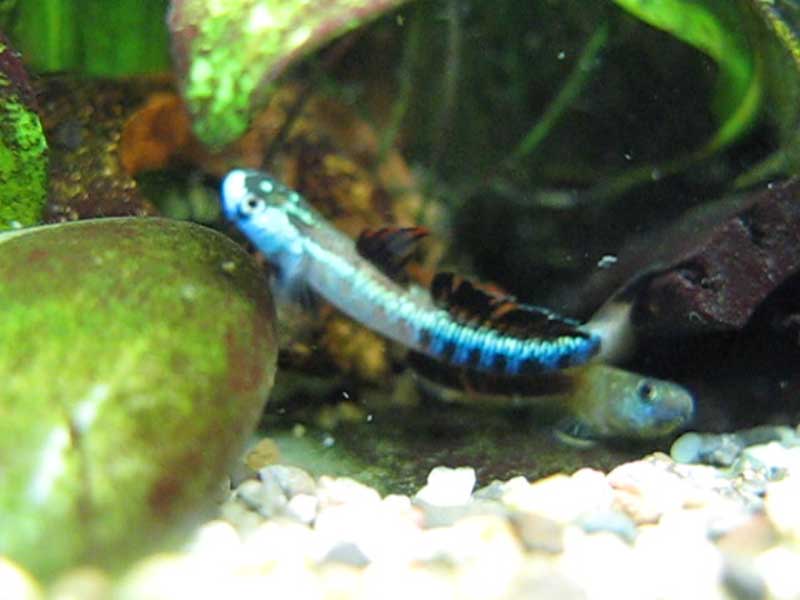 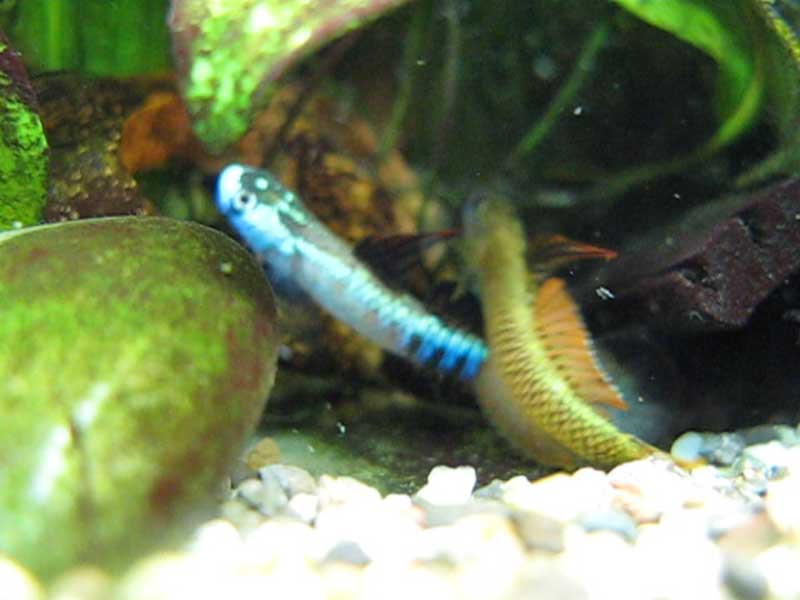 Hi ! Graeme and NancyD.
Thank you for always writing impressions.

I uploaded two videos to YouTube more.
They are meal scenery of Stiphodon sp (rainbow color).
An adhesion alga is staple food, but, as for them, the frozen blood worm becomes the special favorite when tame. 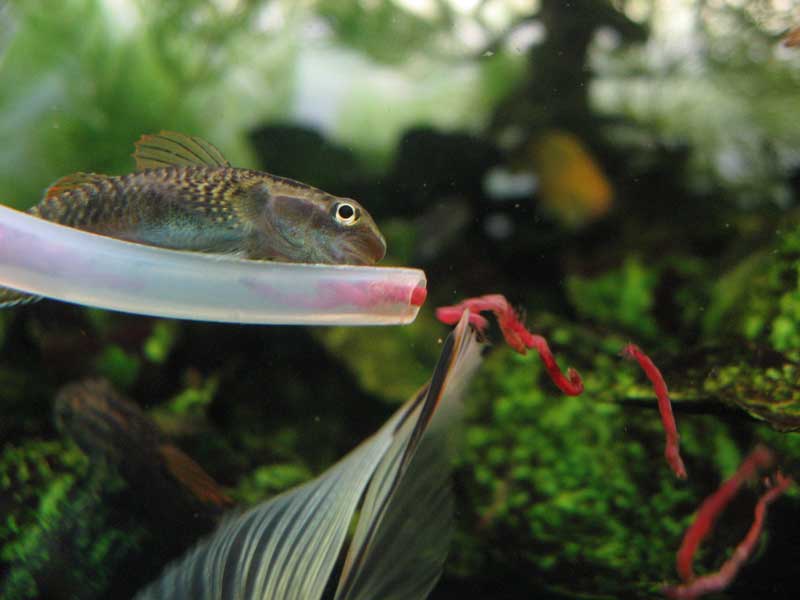 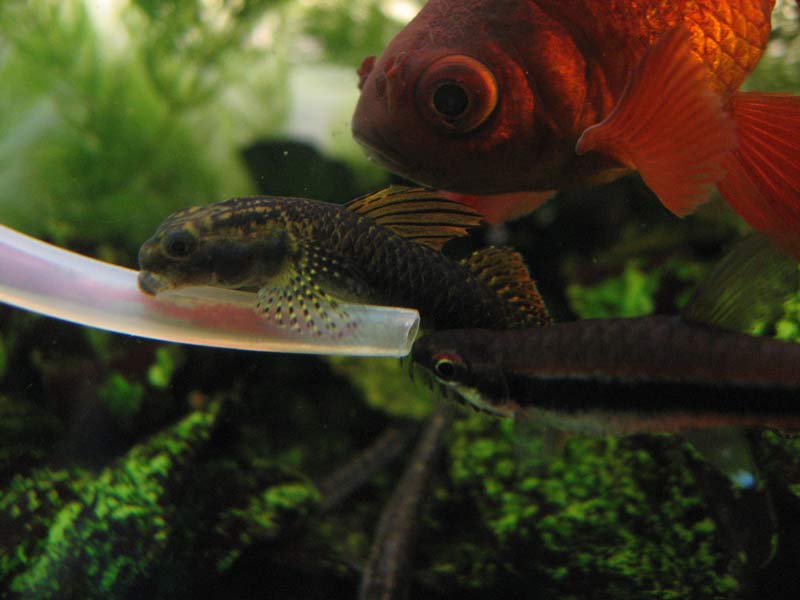 I always enjoy and love your posting very much. I bought one more "rainbow" which is still in quarantine.

Mine do not eat the vegetables I give them, but they like all kinds of melons (perhaps because it´s soft?).

Users browsing this forum: No registered users and 5 guests