Thank goodness they don't have sharp teeth, since the bites looks serious. It was really interesting watching them eat the algae off the plants. Thanks for posting that. Really fascinating watching them interact with each other, and watching the goldfish trying to ignore them.
Top

my Sicyopterus do have at least 2 real tusk in the lower jaw. When trying to impend each other, they do open their mouth wide. I think they could easily bite an eye out. A while ago, I think I lost one Stiphodon that way, found it with a bleeding eye and there was fights the day before. So don't put your finger in such tanks

Amazing new pictures and video, thank you for your updates Odyssey, excellent as always.
Wolfram
Top


wasserscheu wrote: So don't put your finger in such tanks

I have lost 3 fingers already

Big Sicyopterus is usually indifferent to small Stiphodon in my tank.
The biggest foe is Stiphodon for Stiphodon.
A male fin of Stiphodon often splits by a cause of a quarrel.
I am not used to English. Therefore,It is likely to sometimes misunderstand it.
Top

Wow, you have the perfect picture or video for any situation - this is truly outstanding, I really love this snapshot - thanks again

You are absolutely right Odyssey, the accident with the eye was due to a fight between 2 male Stiphodon, by that time I did not have any Sicyo's yet. Once I added Sicyo's to the Stiphodon, there was no problem at all. No injury amongst the Sicyo's themselfs neither, just pushing around like hillies do as well all the time.
Wolfram
Top

I was looking for the unique feature to distinguish about S.lagocephalus from before.
Sicyopterus genus by which it lives in Japan is only 2 species of S.japonicus and S.lagocephalus, so the distinction is easy.
But it's difficult in case of Sicyopterus.sp from a foreign country.
S.lagocephalus is quite distributed over wide range.
http://www.fishbase.de/summary/speciess ... hp?id=9994

They live for a Eastern Africa coast, the Japanese south, Fiji islands, Tahiti and New Caledonia.
When they're the Indian Ocean and the Pacific Ocean coast, there is a possibility that they live everywhere.

I noticed that it's interesting recently.
It seems to be the meaning as "head of rabbit" in Greek with "lagocephalus".
http://zipcodezoo.com/Animals/S/Sicyopt ... ocephalus/

3 big white patterns sometimes appear in a head of Japanese S.lagocephalus.
These 3 white patterns seem to be the head's design of the rabbit.
http://www.caseyswood.com/shoppingcart/ ... sp_order=3

The same pattern sometimes also appears in Indonesian Sicyopterus.sp.
This pattern doesn't appear in Sicyopterus.sp (Mountain Rock) and S.japonicus.
It only sometimes appears, but these 3 white patterns may be effective distinction method. 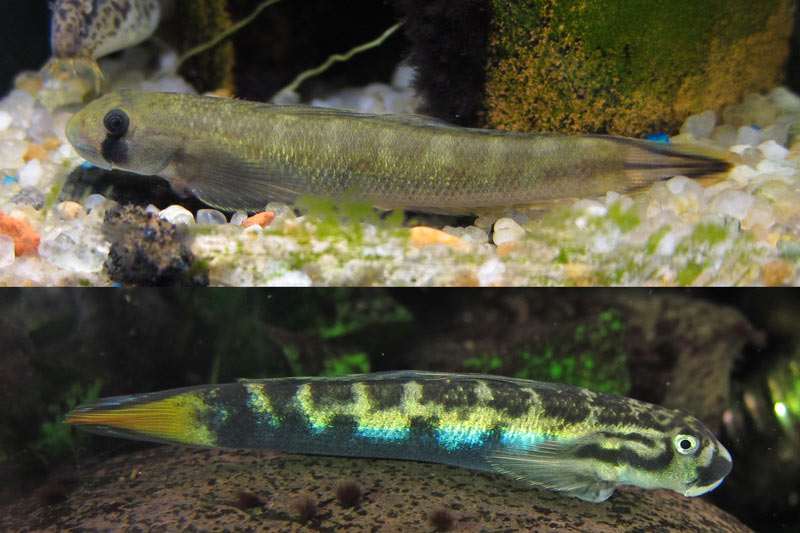 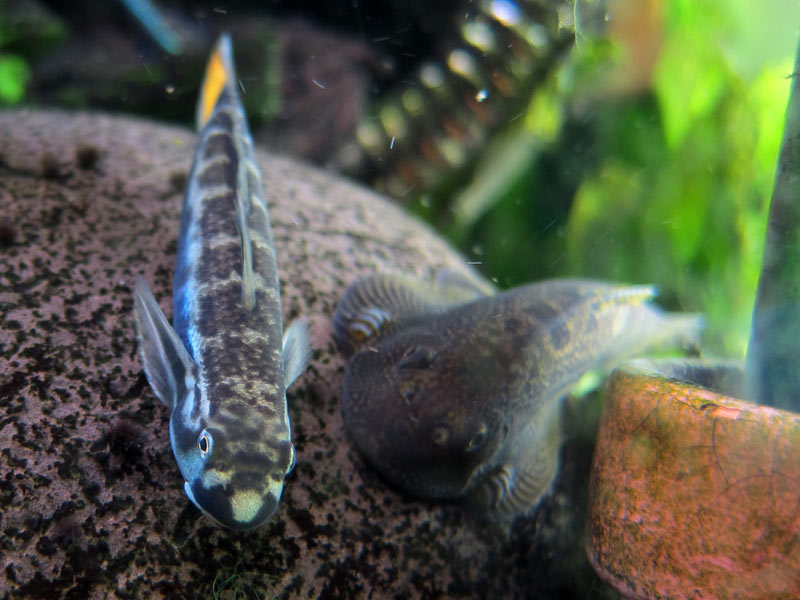 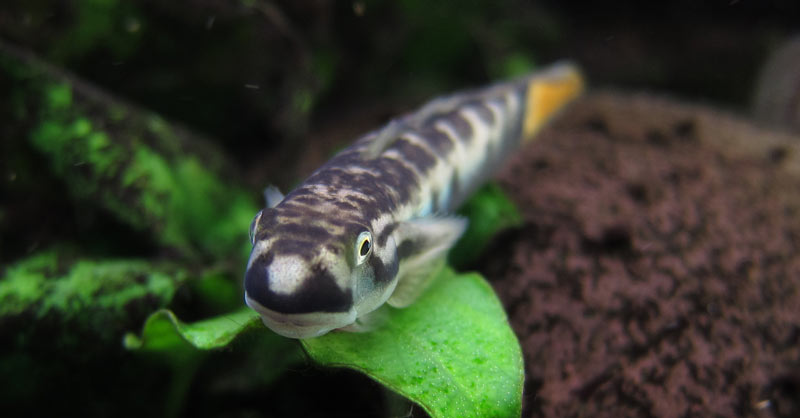 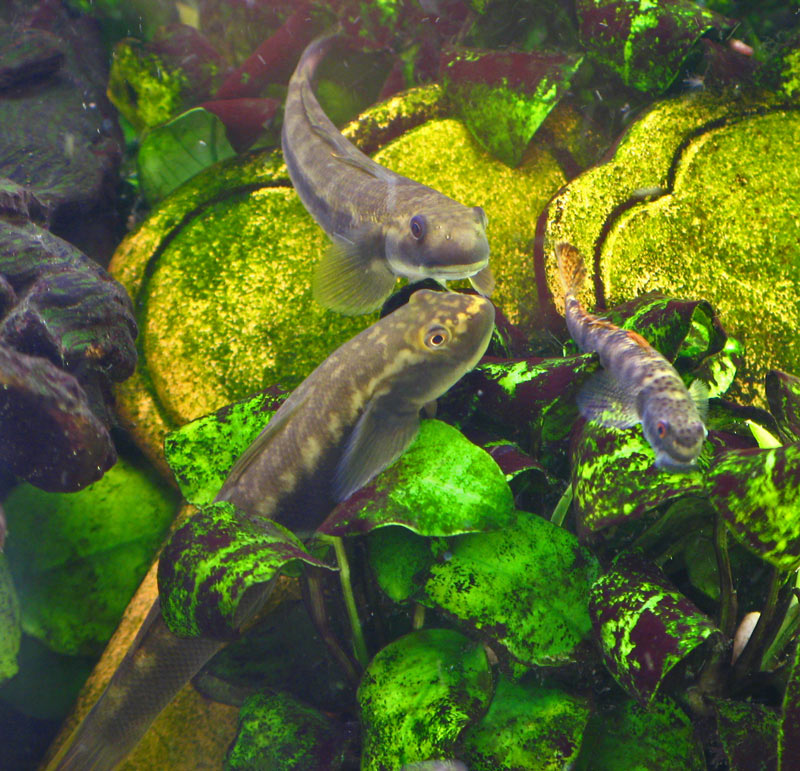 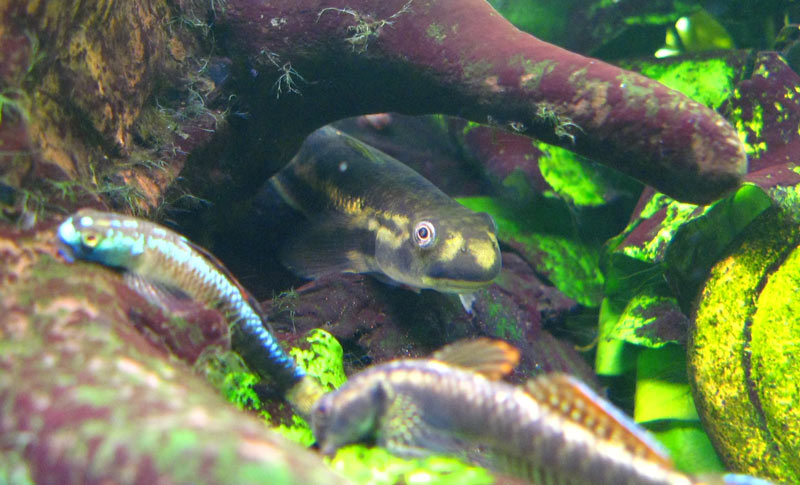 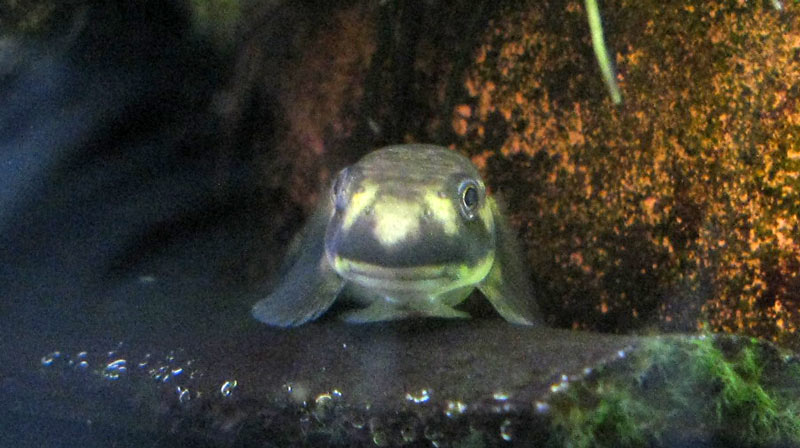 Hi all.
I took a picture of tender Sicyoputerus japonicus going upstream a river in Izu last week.
The following pictures are a change to adult fish from the fry it has just gone upstream to a river from a sea. 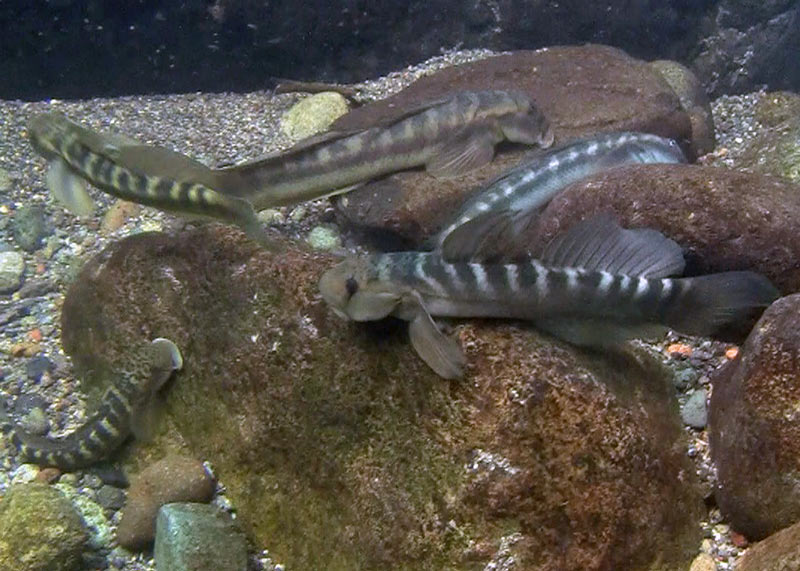 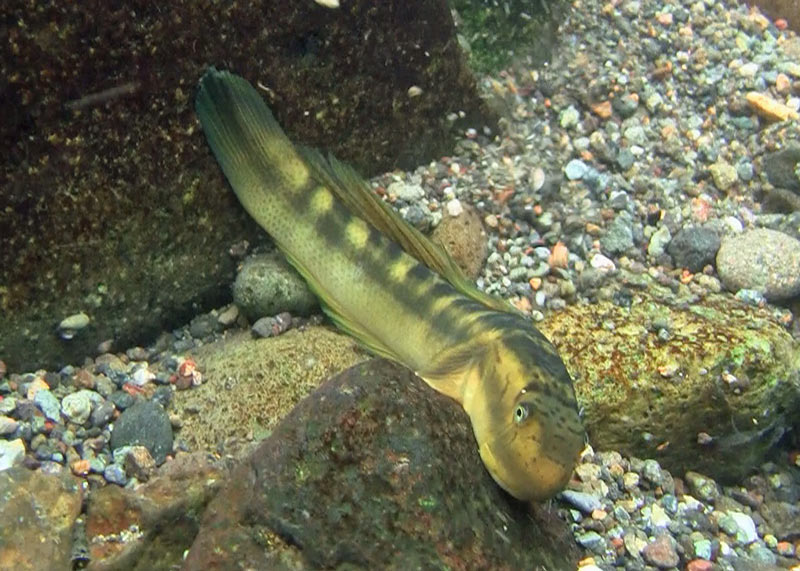 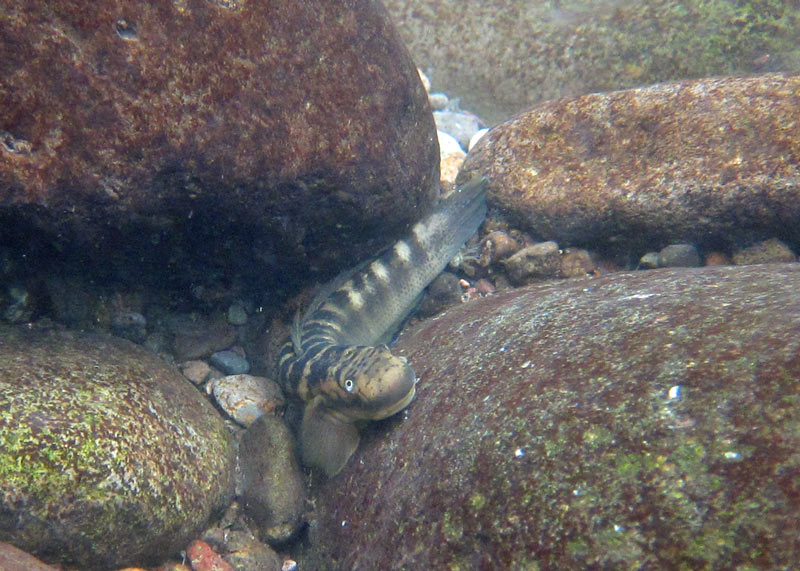 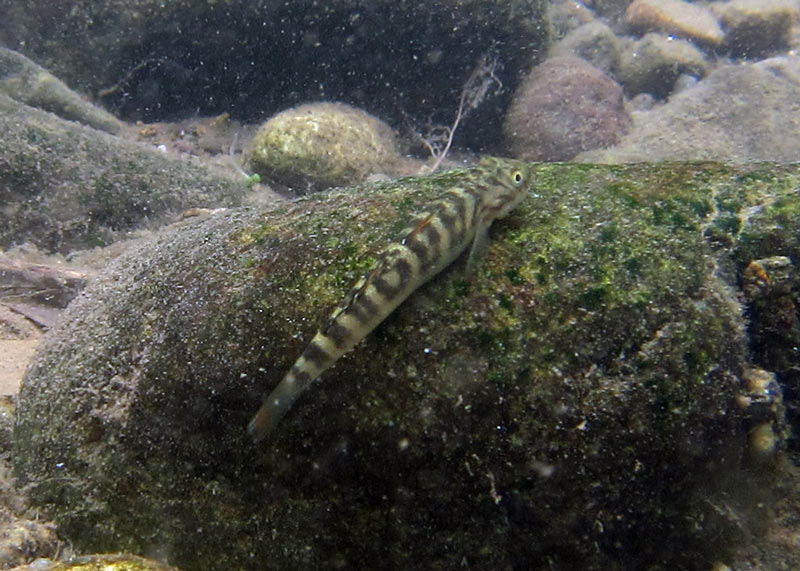 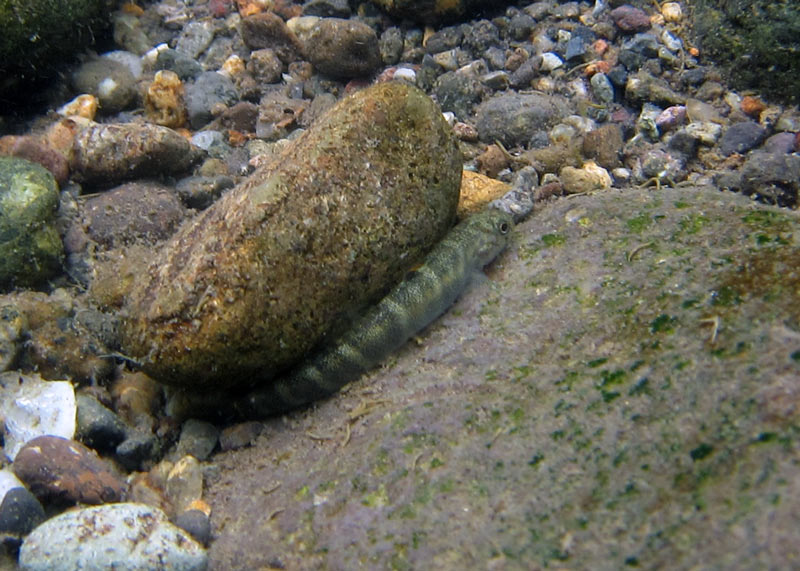 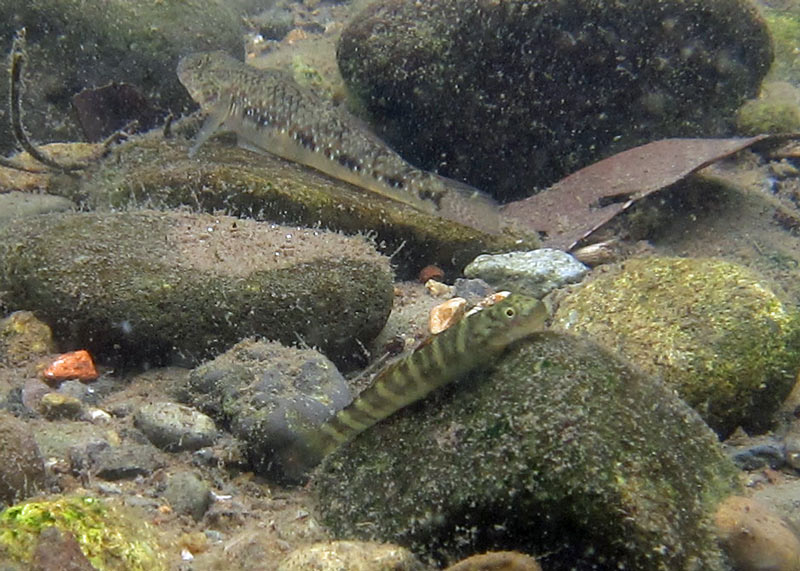 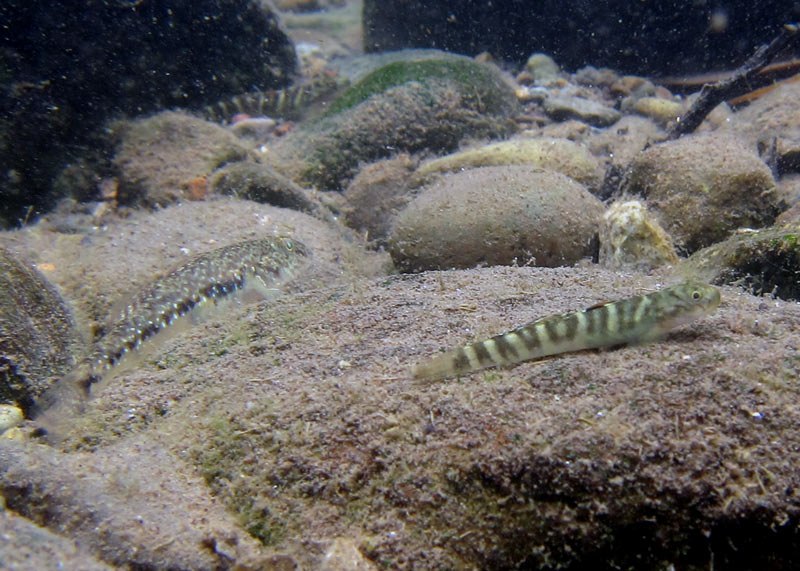 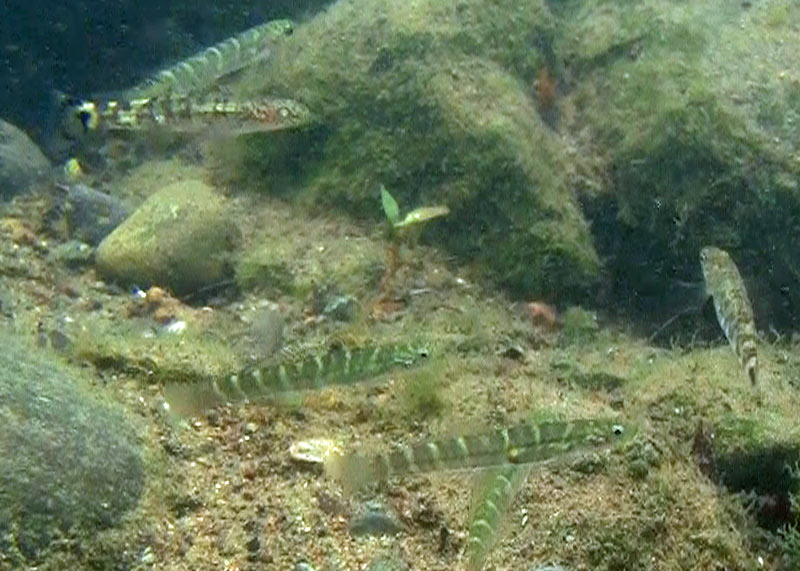 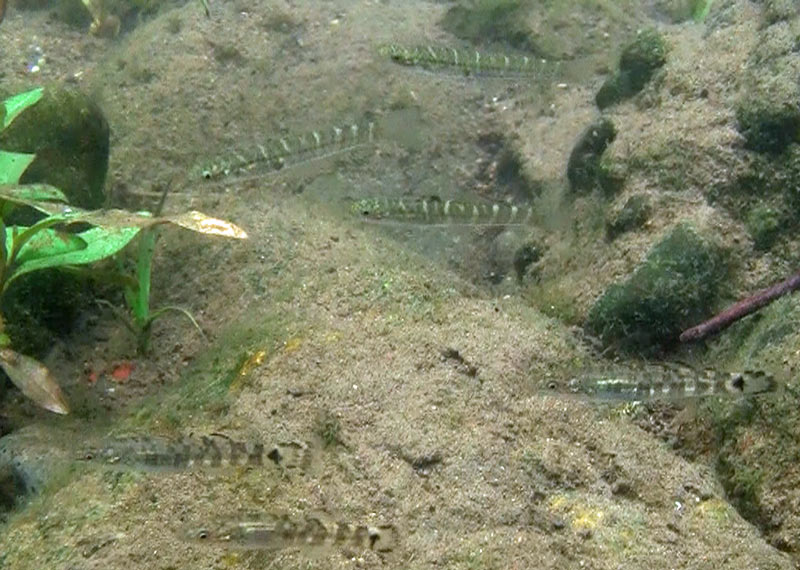 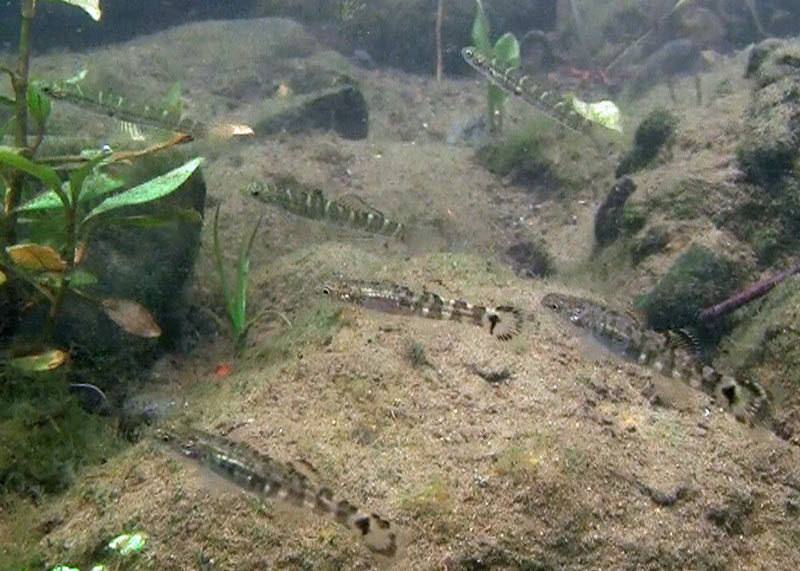 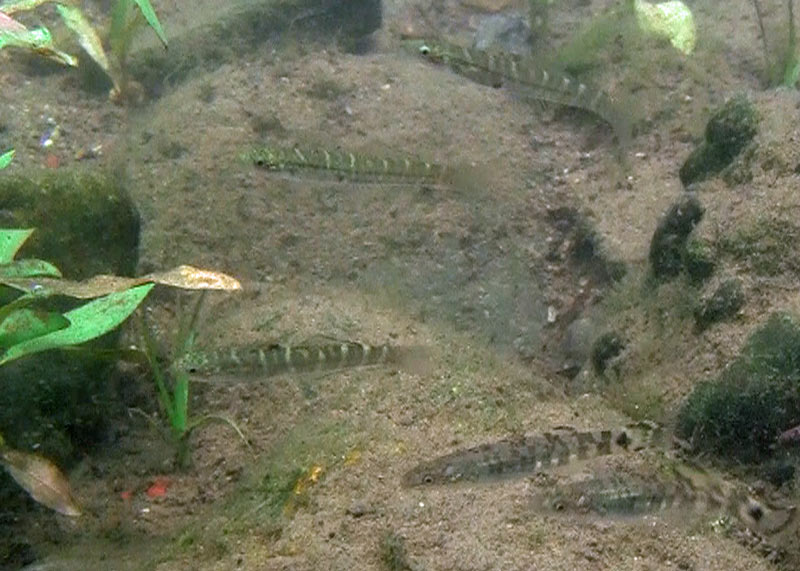 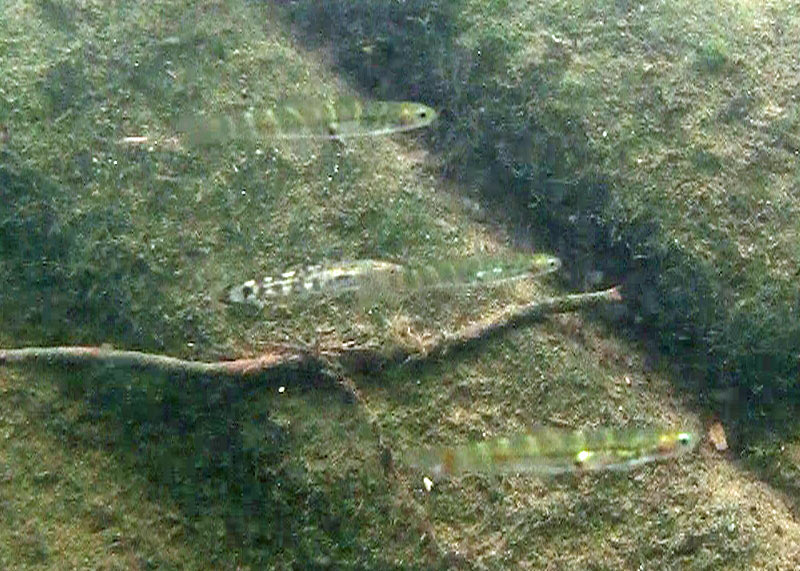 I took a picture of these at a mouth of a river in Okinawa last year.
I think it's probably S.japonicus, but there is also a possibility of S.lagocephalus slightly. 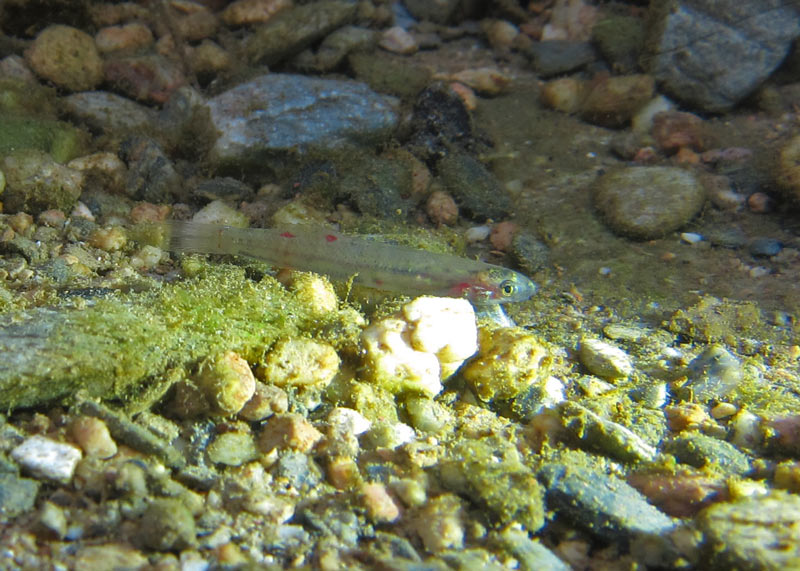 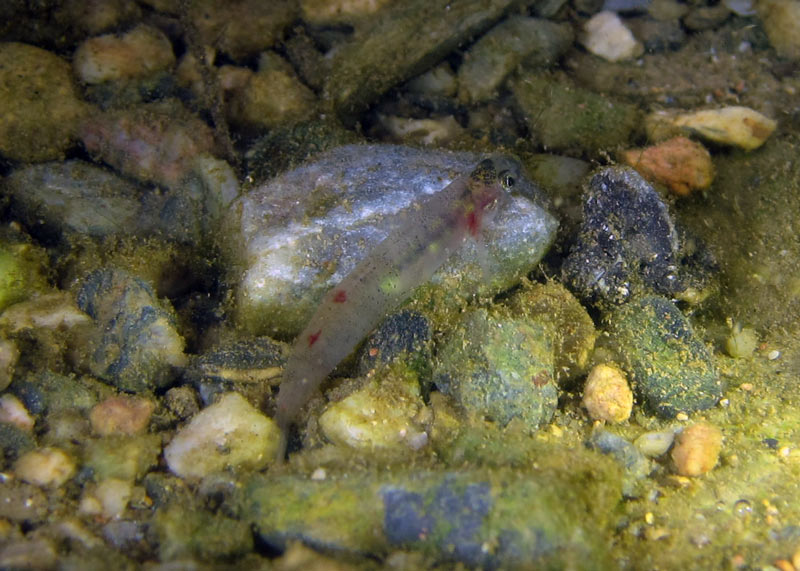 This neighborhood is brackish water region. 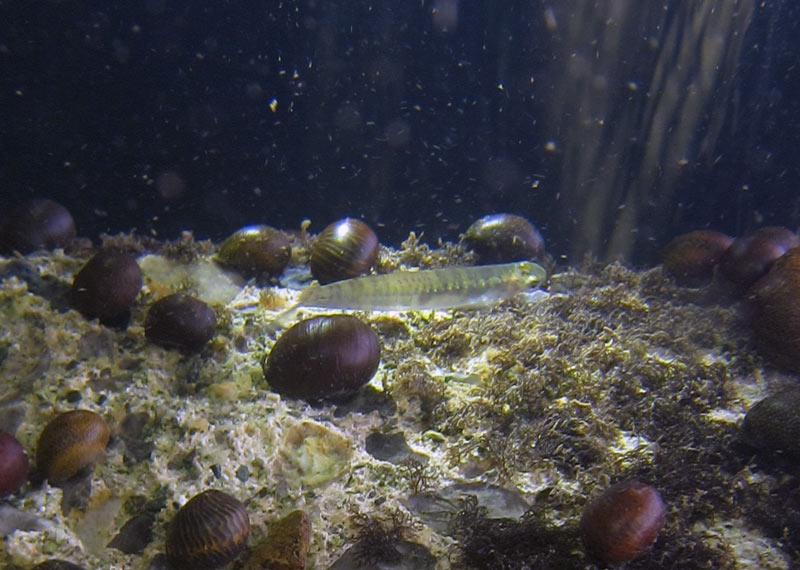 The biggest one is a fry of Sicyoputerus. 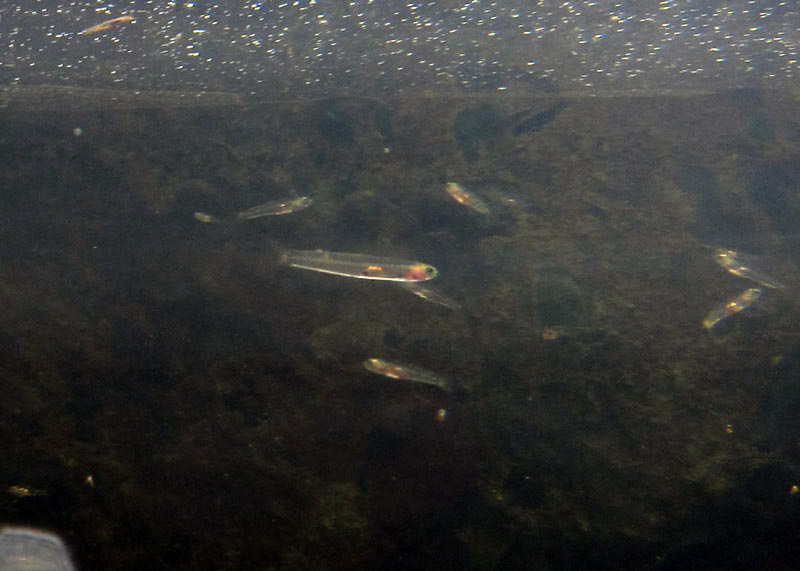 Last edited by odyssey on Sat Jan 26, 2013 10:59 pm, edited 1 time in total.
I am not used to English. Therefore,It is likely to sometimes misunderstand it.
Top

Wonderful odyssey! Thanks!! The young ones are marked very similar to our African sicyidium.

Was this area affected by the earthquake?
Top

Most areas except the Pacific coast part of Tohoku region do not have the influence of the earthquake.
I am not used to English. Therefore,It is likely to sometimes misunderstand it.
Top

Exciting pictures, as always. Thank you. I love those Sicyopterus.
Wolfram
Top

I was able to photograph the wild habits of S.lagocephalus in the natural habitat this month.

Sicyopterus lagocephalus
I was able to watch a lot of males which showed nuptial coloration vividly.
I can take photograph the scene that they approached a female lively, and sent away the male of the rival.
http://www.youtube.com/watch?v=dryorNQQ9m4 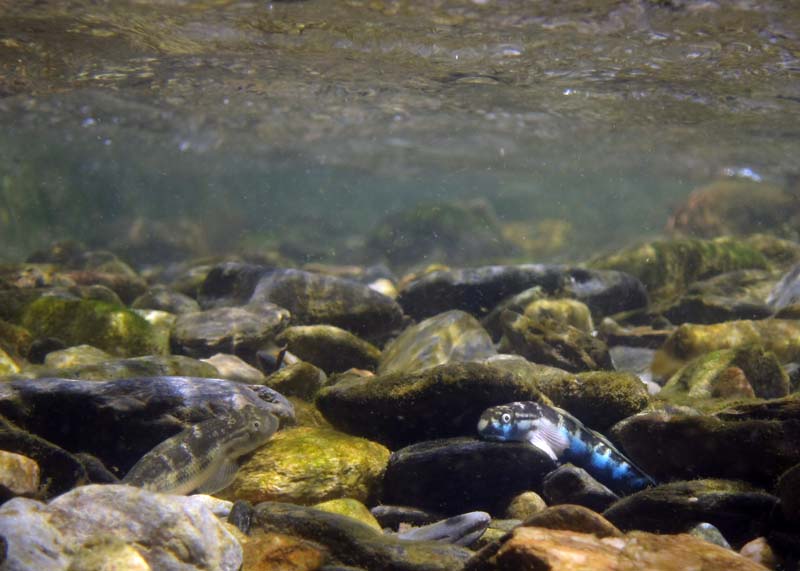 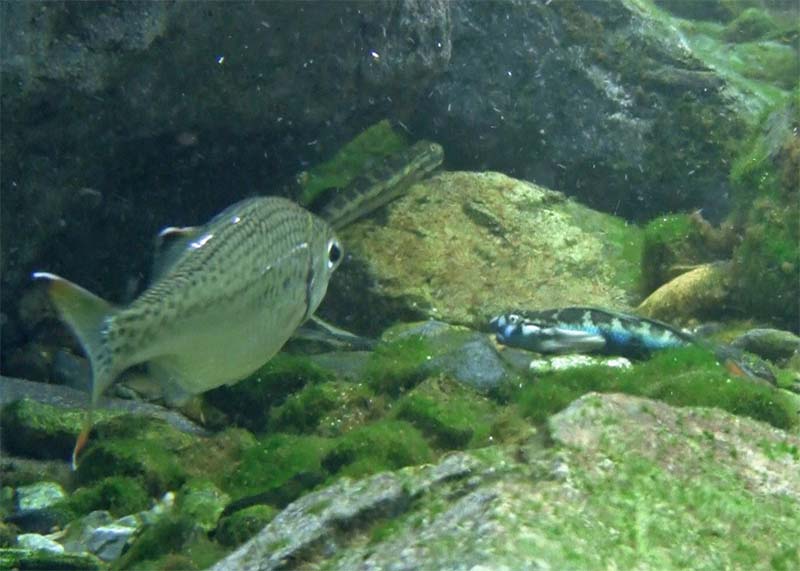 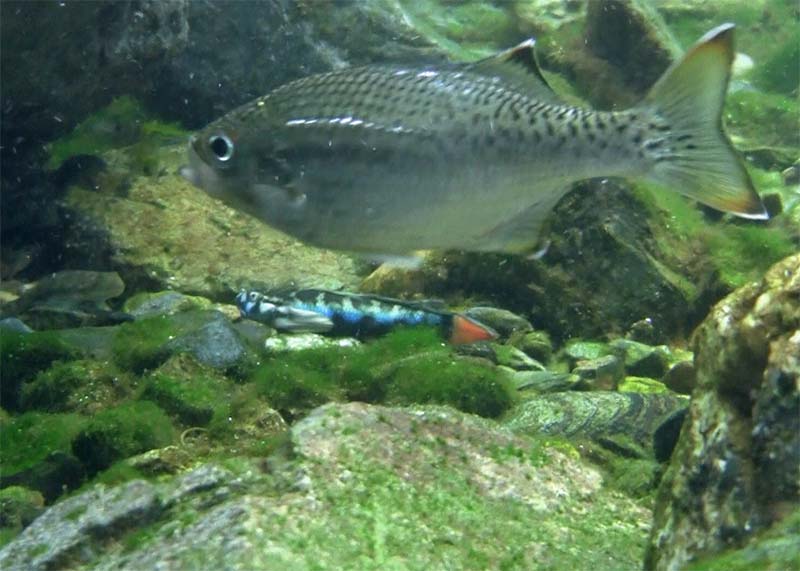 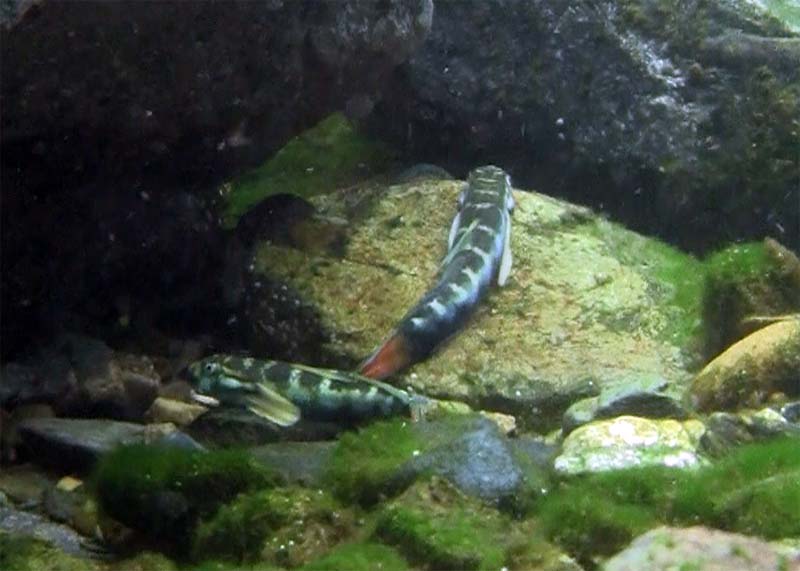 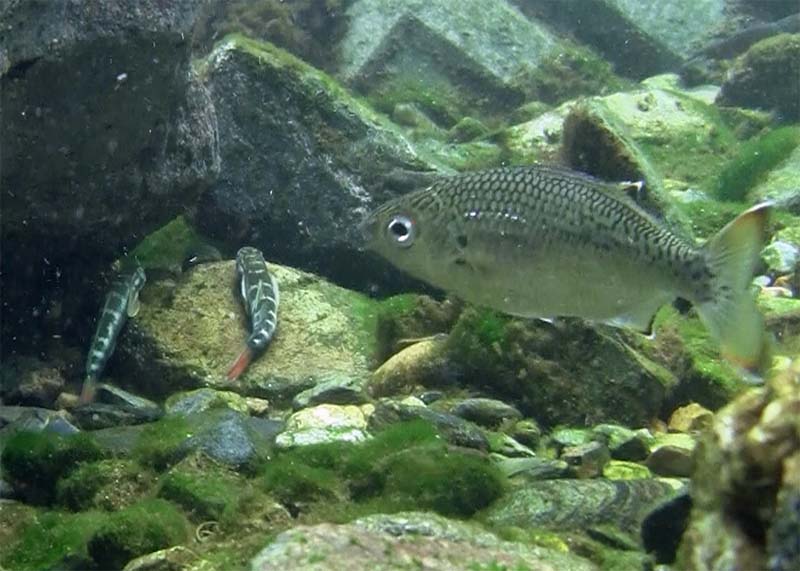 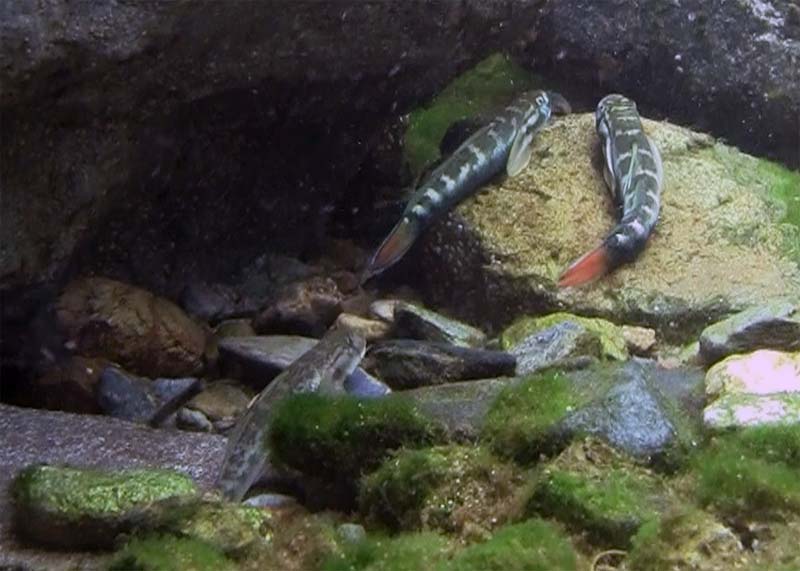 Last edited by odyssey on Sat Jan 26, 2013 11:00 pm, edited 2 times in total.
I am not used to English. Therefore,It is likely to sometimes misunderstand it.
Top

this one fish in front of the lens seems to join observing the Sicyopterus.
Wolfram
Top

Hi wasserscheu!
Because I wanted to photograph S.lagocephalus, I wanted Kuhlia marginata to get out. 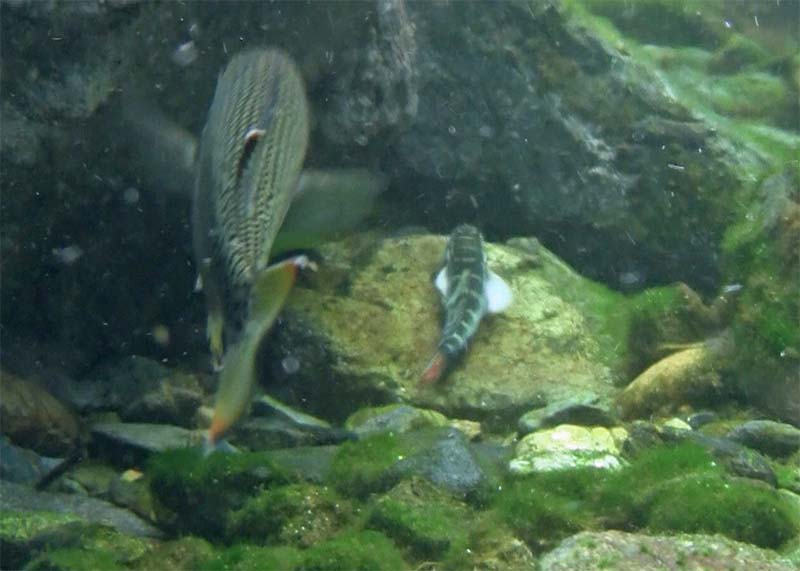 Last edited by odyssey on Sat Jan 26, 2013 11:00 pm, edited 1 time in total.
I am not used to English. Therefore,It is likely to sometimes misunderstand it.
Top

Nice pictures and video.
Sometimes my Sicyopterus sp. act like the ones in the video and show their most beautiful colours.
Mine are from Indonesia and probably are S. lagocephalus.
What do you think?

Nice looking male!
I also think your Sicyopterus is S.lagocephalus.
The distribution of S.lagocephalus is very large.
They inhabit to Tahiti via Japan from the African Madagascar Island.
Naturally they should inhabit Indonesia. 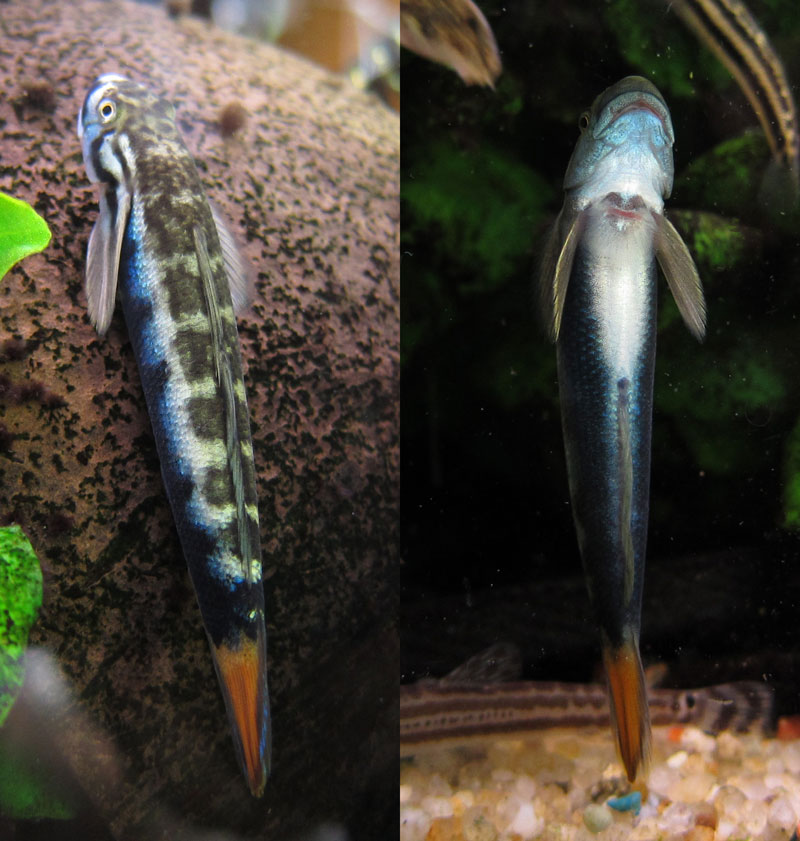 I am not used to English. Therefore,It is likely to sometimes misunderstand it.
Top
Post Reply
93 posts

Users browsing this forum: No registered users and 4 guests