Hi all I have decided to put this up to see if anyone has any experience with yoyos. I have 5 in total, 4 are around 3 inches and 1 is at least 6. Shes become pretty fat in the past month , to me she looks unusually bloated , but she is very active and eats well. Any ideas ? I was thinking perhaps it's eggs but I'm not 100 percent. 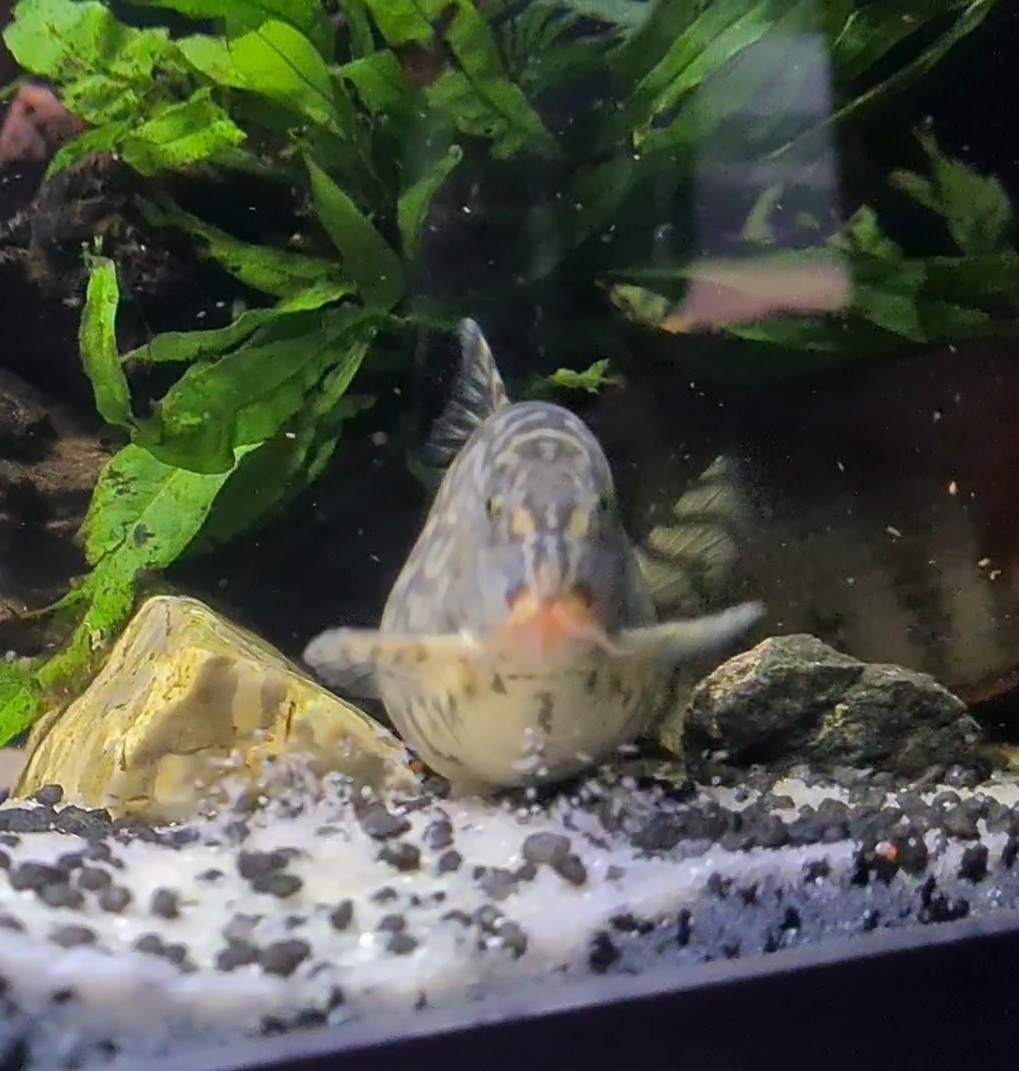 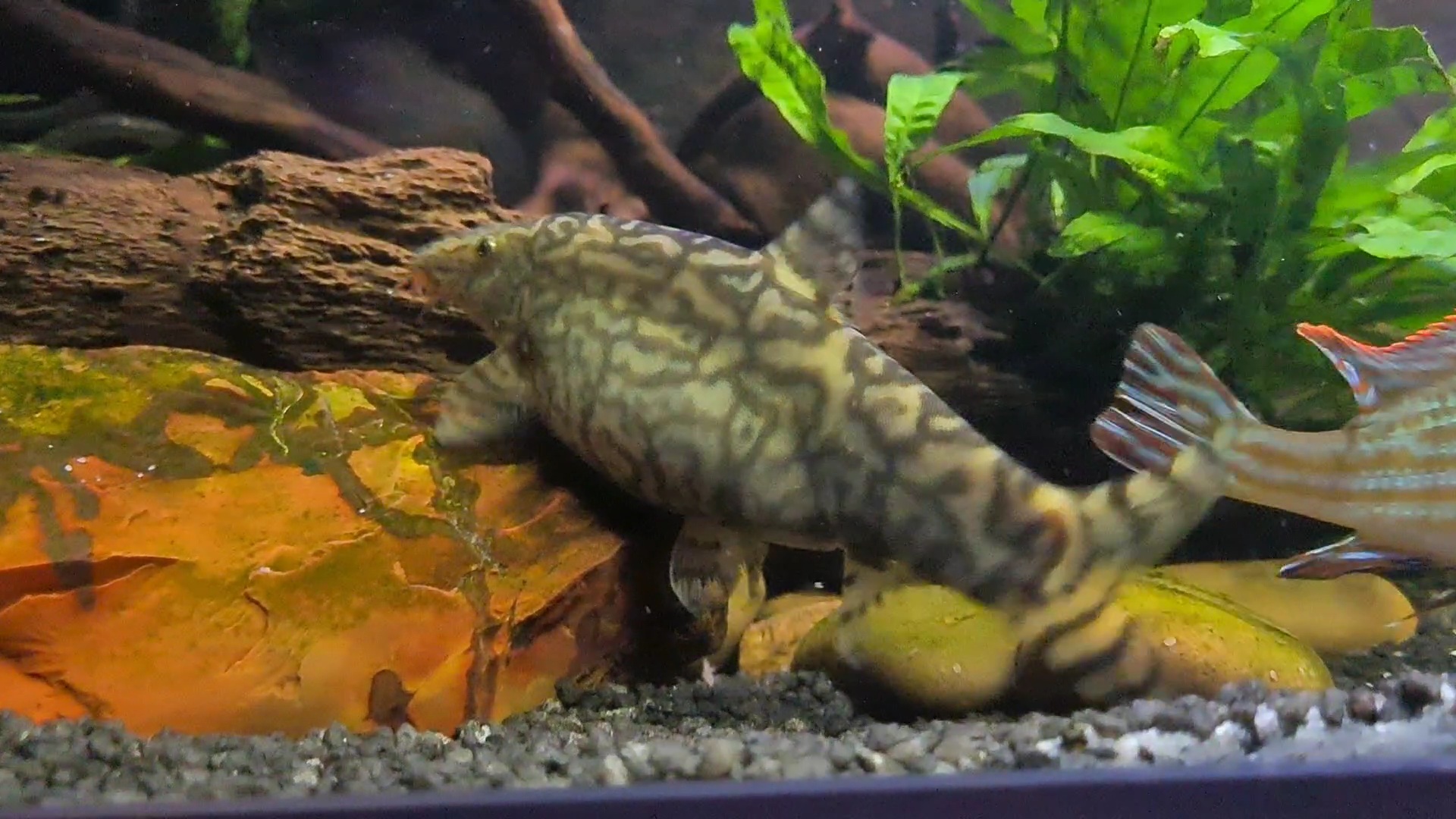 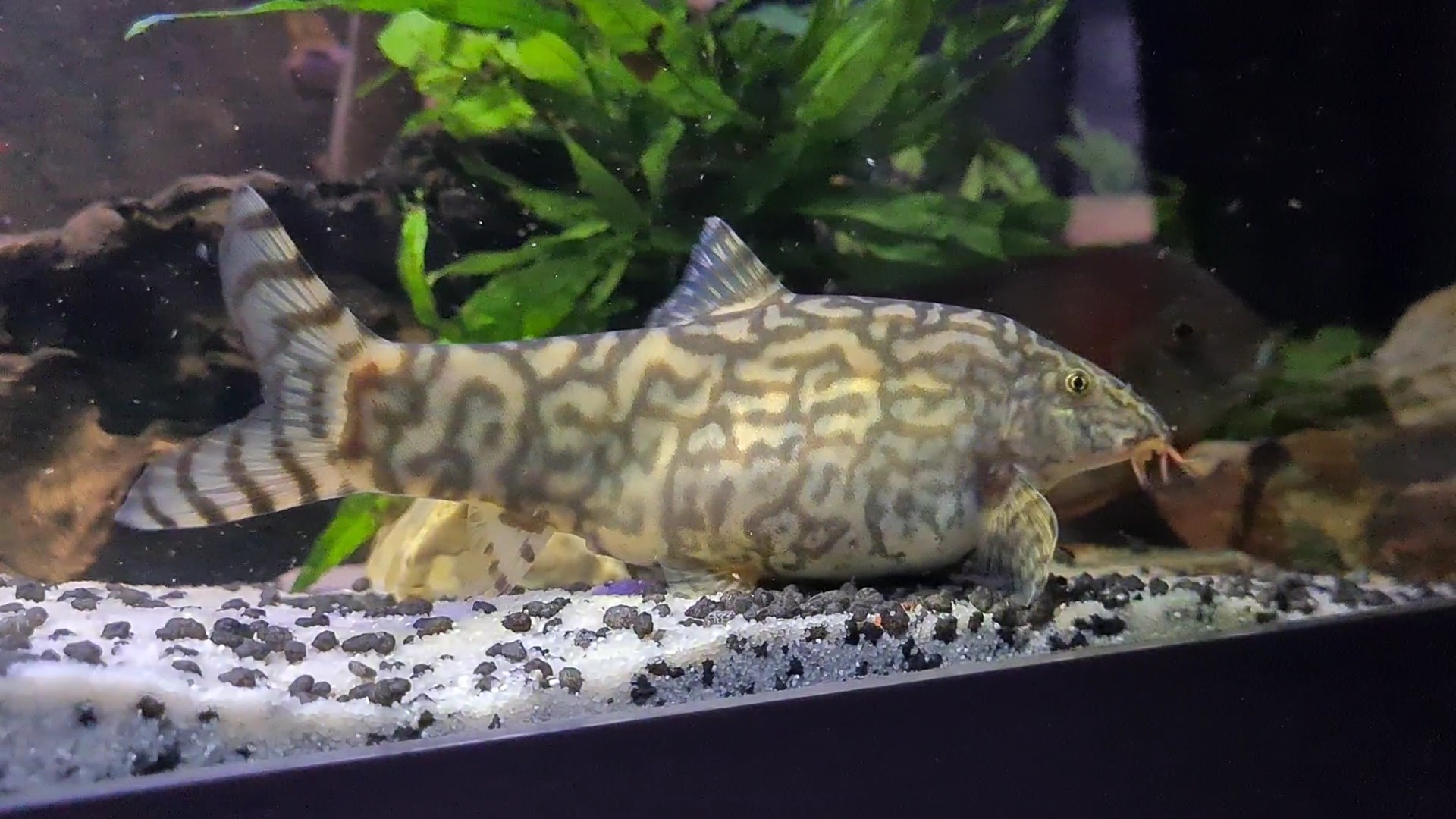 That's a big one, and I would not say she is fat - apart from the belly she still looks slim.

To me it is eithe bloat or eggs. And as you wrote she is active, eating a lot, it must be eggs.

Now the thing is - are the others, presumably males, also very active? You might be looking at an attempt to breed.
Top

Cheers for the reply!

I have no idea what to look out for regarding breeding behavior, all I know is it's difficult. However I doubt fry would survive my current set up anyway as they are housed with geophagus cichlids and some others.

I've taken a short video of her with the group, there is a lot of chasing going on recently.

I am quite fanatic about cichlids, and I love Geophagus.

But the change of breeding Botia would make me device traps for catching Geophagus without disturbing the Botias. Anytime
Top

Thanks for the replies ,I have continued to monitor the behaviour and there is little change regarding size.
She is a very opportunistic eater , see this video where she actually surfaces to eat some floating cichlid pellets!

She is definitely a greedy fish. No other loaches behave like this in my aquarium.
Does anyone know how long she will hold the eggs ? ( If they're eggs at all )
Top

Hi,
What was the outcome with you fish. I have one that has done the same thing, it (dont know gender). swelled up over the weekend, still swimming around and seemingly happy. It's 14 years old and never happened before.
Top

She has lost a lot of the excess size now. ( Bearing in mind she was big for around 2 months ! ) I do believe it was eggs. Never witnessed any breeding behaviour as to be expected. I wouldn't worry, yo-yos make it clear in their behaviour when they are unwell.

Thanks for the reply, unfortunately it turned up it's fins at the w/e. But it had a good long life (14-15Yrs). A few hours after removing the body I spotted a couple of just hatched baby plecos (with yolk sac). The circle of life.
Top

I was hoping for some answers here, I have a couple of big yoyos and I've noticed their size go up and down every few months. I always assumed it was eggs, and the big ones were the female ones (clarification, I have/had 5 yoyos and only three of them get super big, currently there are 2 that I would consider to be huge). To be clear they aren't as big as the one in the original post but it also doesn't seem to just be a large gut attached to a slim fish, it seems more rounded over all. Anyway to get to the point I have just found the biggest fattest one dead. She was fine yesterday and no signs of illness and I didn't notice her body when I fed the tank earlier this afternoon but went back to check some fry and saw her there. She has been dead a little while as she is stiff and she's left a mess of slime where she lay - certainly not as bad as a yoyo I lost last year who started shedding slime, losing colour and was gone in 48 hours. I saw two others doing the same, panicked thinking it was columnaris and salted the tank and while it killed most of my plants it did seem to save the fish as they recovered and I had no further losses.

This time I am at a total loss, unless she's fat because she's full of worms maybe? I was planning to do a big water change tonight anyway, the tank is 5 foot/450 lt with other fish all seeming healthy apart from a few geriatric peacock gudgeons who look a bit wasted/slim. I've had these fish since mid 2017 and they've been in this big tank for a couple of years now so for one of them to just drop dead is really puzzling.
Top
Post Reply
9 posts • Page 1 of 1