Hello,
After buying pretty Green Tiger Loaches some time ago, i didn't even think that it could be something other than S. hymenophysa - here in Poland availabiliy of loaches is really poor, and buying hymenophysas is such a success. But. My tigers don't really looks like a typical hymenophysa. Their colour is definitely darker and green stripes are at least two times wider than the brighter ones (hymenophysa has stripes like 1:1).
Just look at the photos:
(when they were younger): 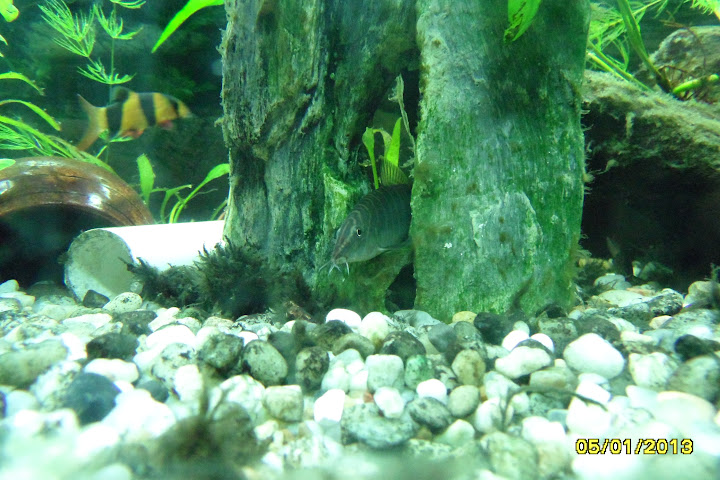 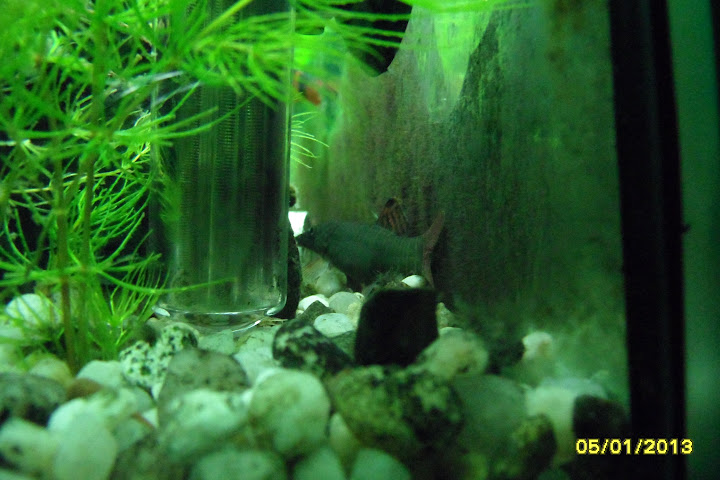 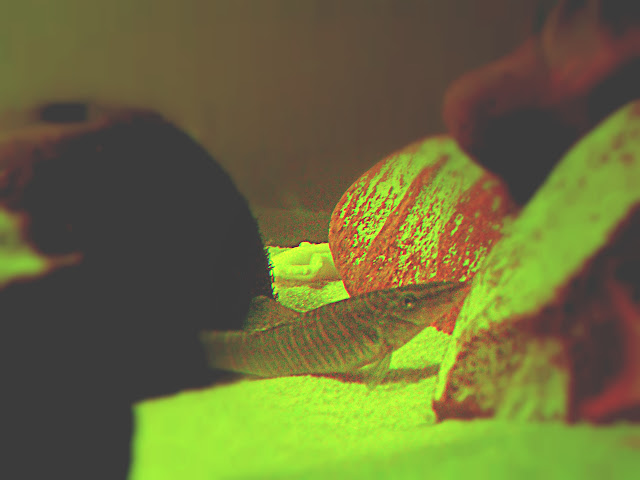 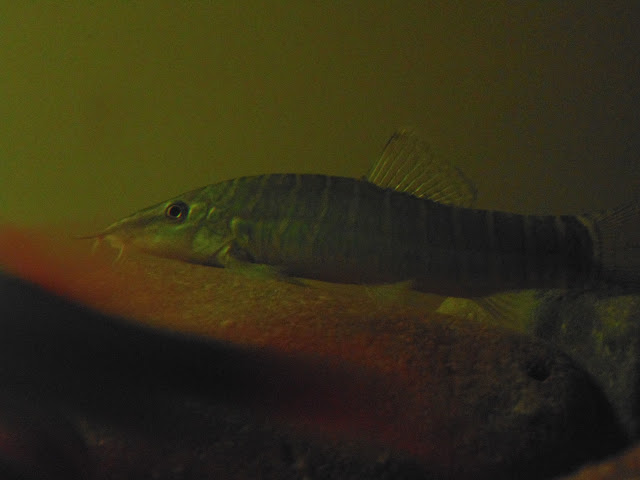 It's really hard to take a good photo of them. The reddish colour of fins is now weaker, but it's still visible.
They have about 11-12 stripes - less than typical hymenophysa. After reading Tyson Roberts' article about fishes from western Borneo (1989) - with reversa described for the first time, i'm more and more convinced that my specimens are actually S. reversa!

In this article he points out that hymenophysa has very dark margins of the pale stripes - mine doesn't have stripes like that. He also writes about pale stripes on a darker background (hymenophysa), and dark bands on a wider body. Just like mine! And hymenophysa has definitely larger eyes - eyes of mine are really tiny.

That's one interesting thing more. That was one more tiger i bought with them. And i'm 100% sure that it was hymenophysa. That is said specimen: 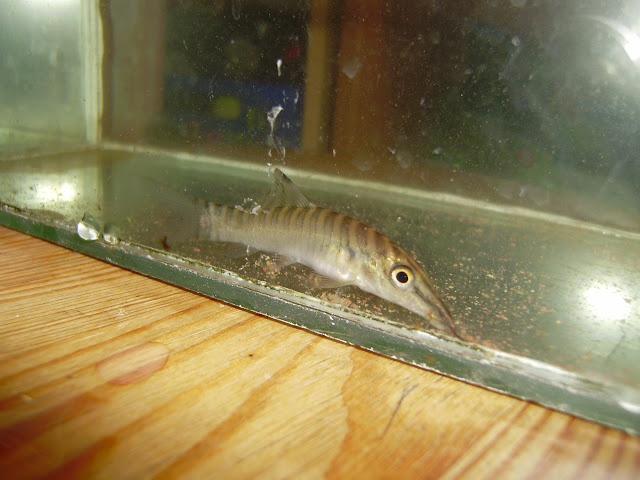 It looks like a typical hymenophysa. I bought that one just with the rest - so it can indicate that those species are living together in nature

As You can see this loach is a little bit skinny - i was succesfully treating it for skinny disease. It was very active - swimming through the aquarium all the time! As i know hymenophysas are very shy. My loaches (reversa?) are too. I concluded that this one was mentally unbalanced - and maybe that was the reason of it's sudden death - i just found this loach dead one morning (a day before everything was perfect, it was swimming through all the tank as always). I think that the problem was "inside"