In the forum of this place, I introduce several kinds Stiphodon genus of the Goby department in the beginning.

I breed five kinds of Stiphodon genus for around 6 years. And I hold an enormous picture about them.
The unidentified thing needs a scientific name in an overseas kind.
I think that I want to exchange information with a detailed person about it.

I show a picture of Stiphodon percnopterygionus for the first.
It is the small Stiphodon genus of around 4 or 5 cm.
They inhabit Southeast Asia including the Japanese southern part, islands of the west Pacific.
Because it is a kind to be in Japan, I know a lot about them.

The male nuptial coloration is very showy, but the female is a quiet color of the body.
The male of six pieces of following pictures is the same individual.

The male can change a color of the body greatly.
They repeat a courtship action and laying eggs in a tank many times.

Thanking you in advance
(male) 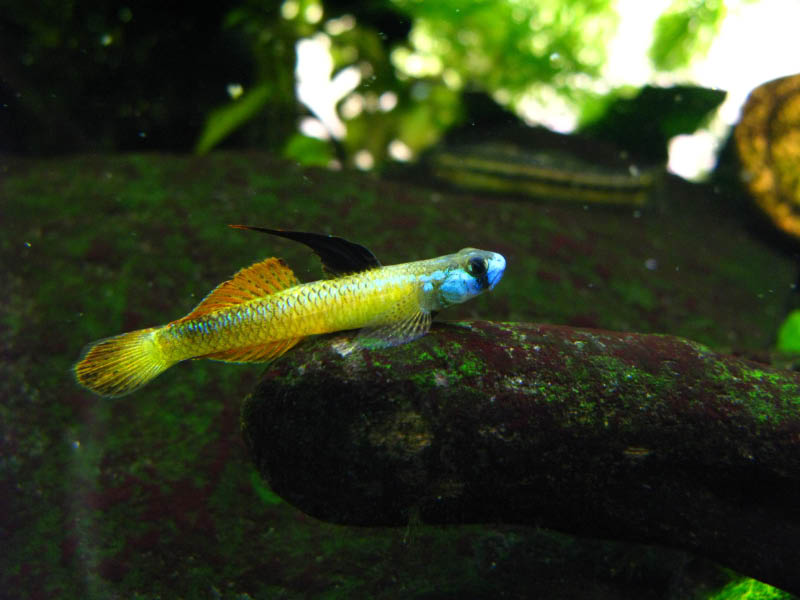 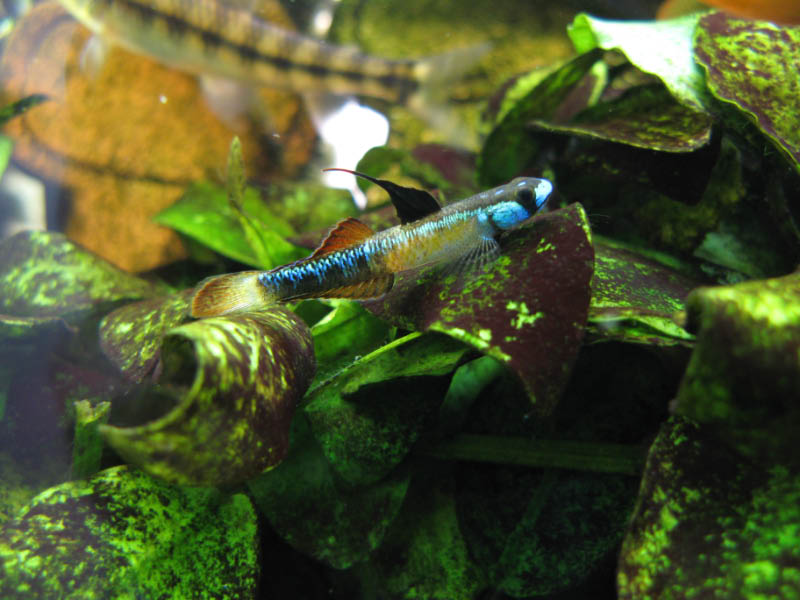 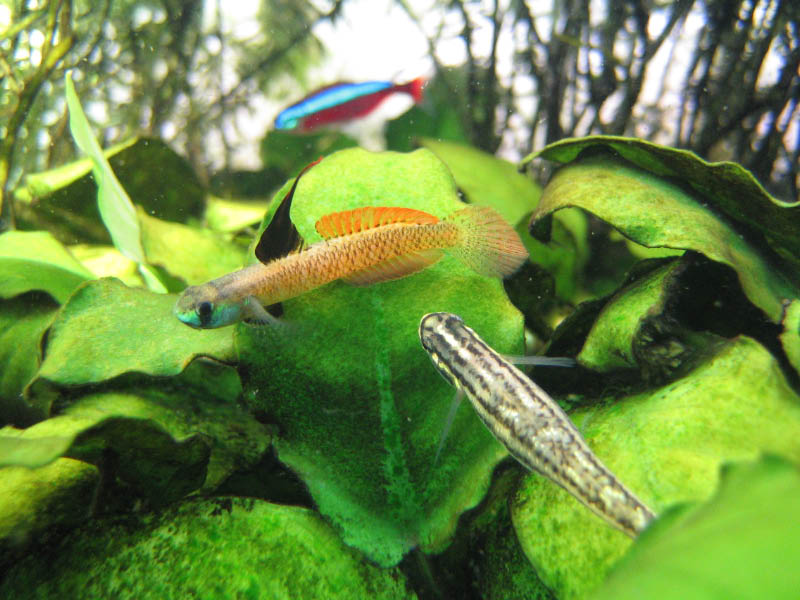 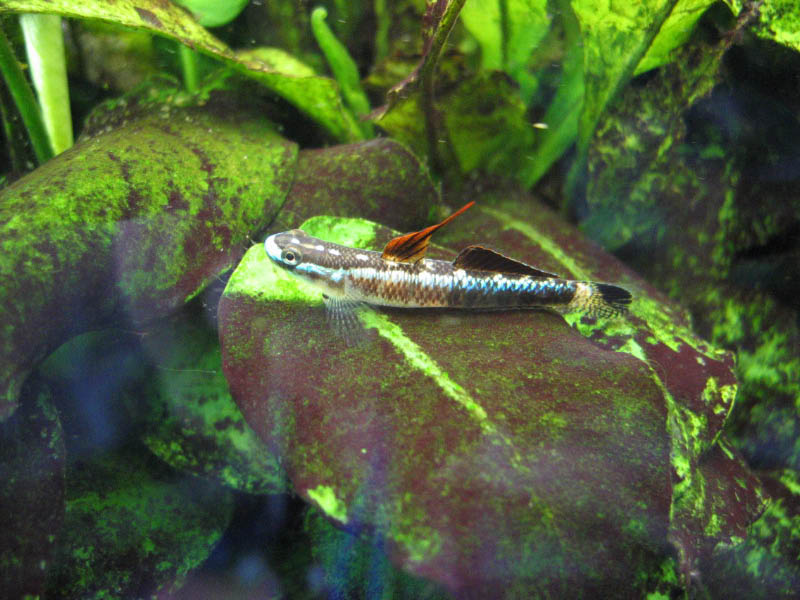 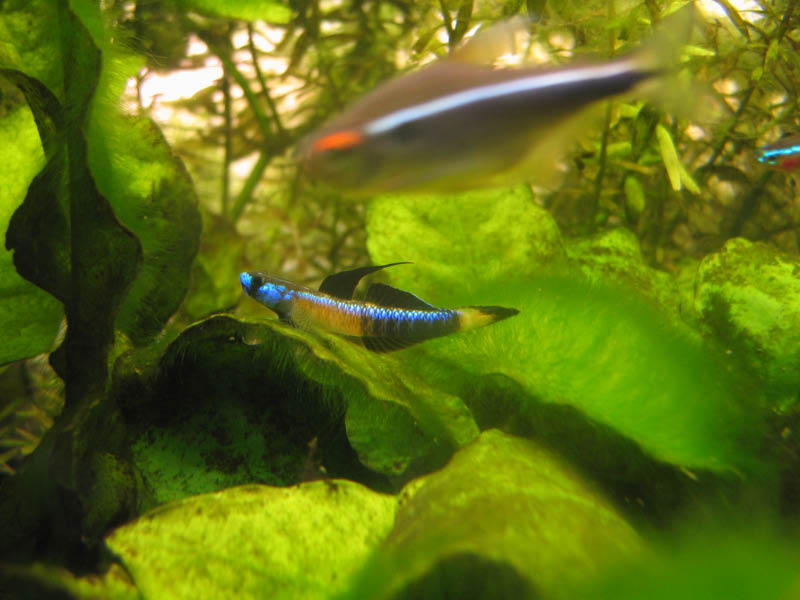 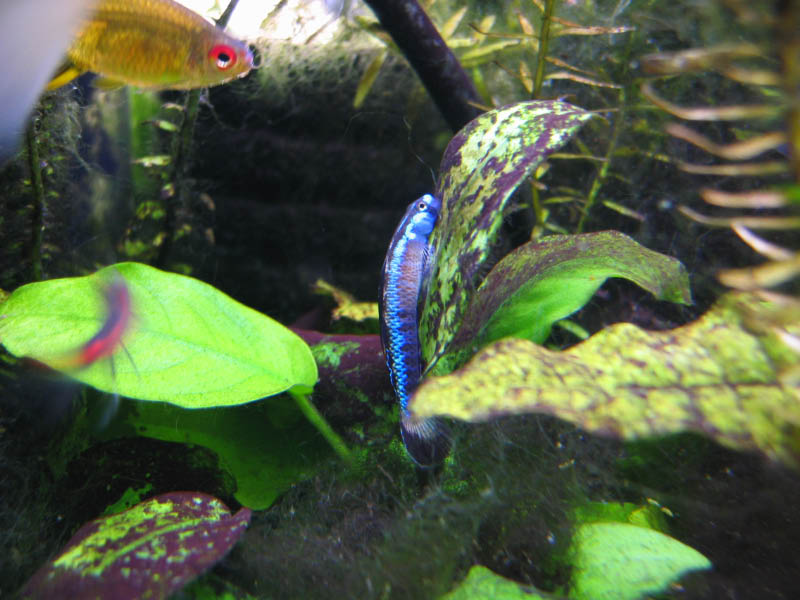 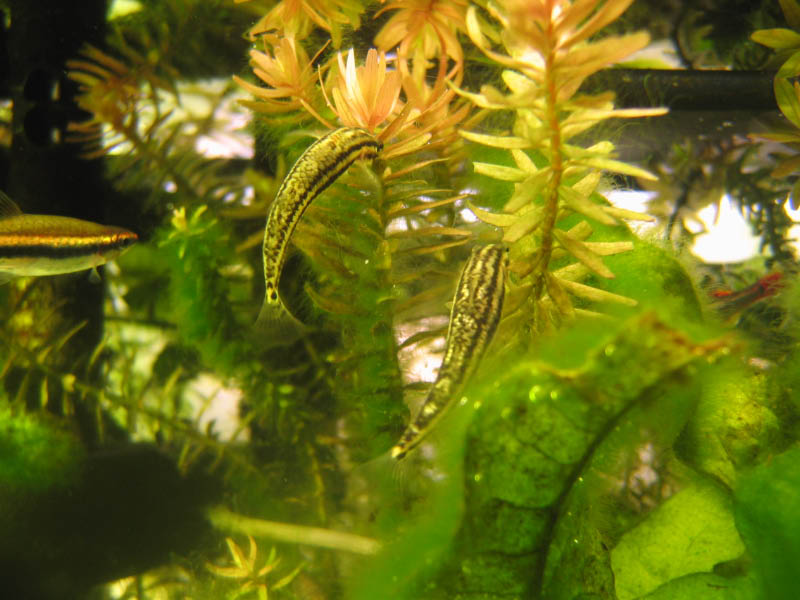 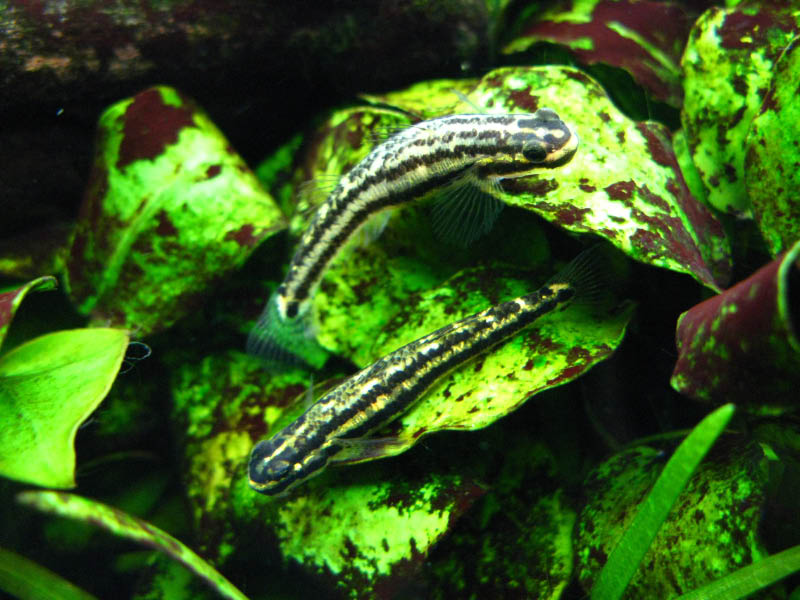 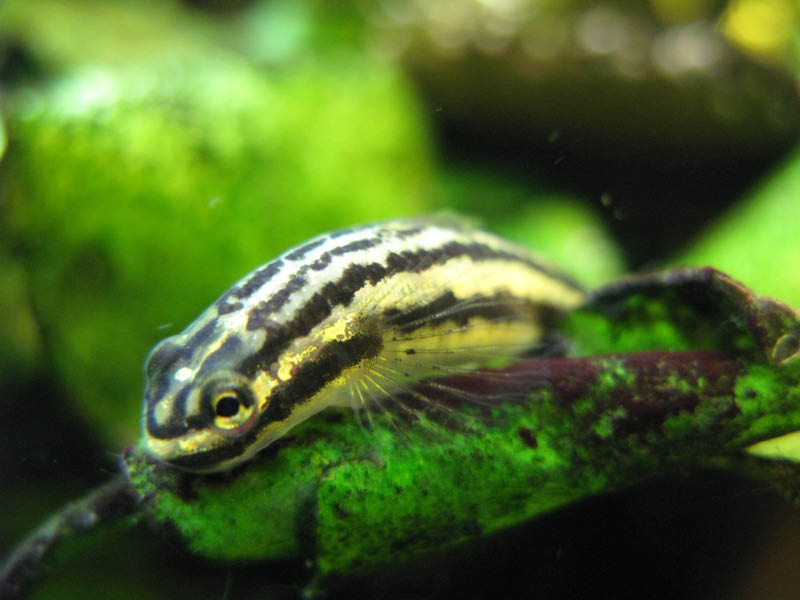 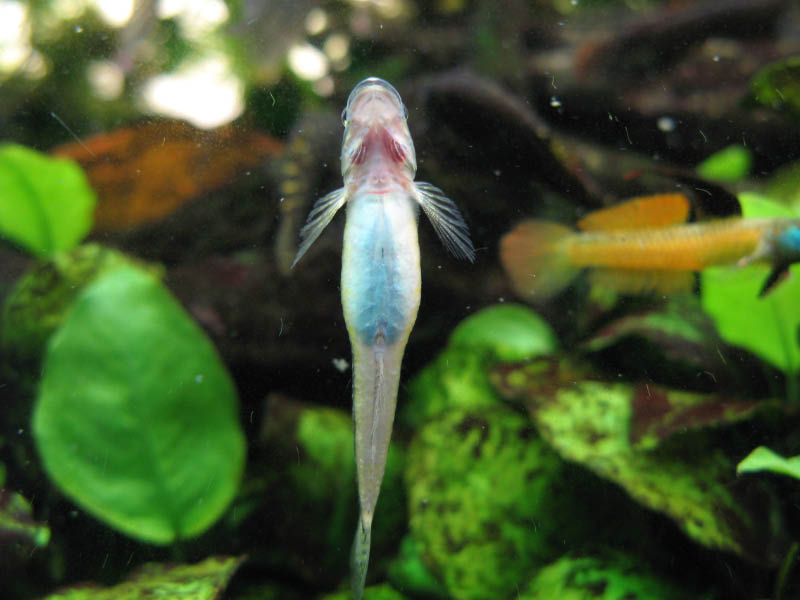 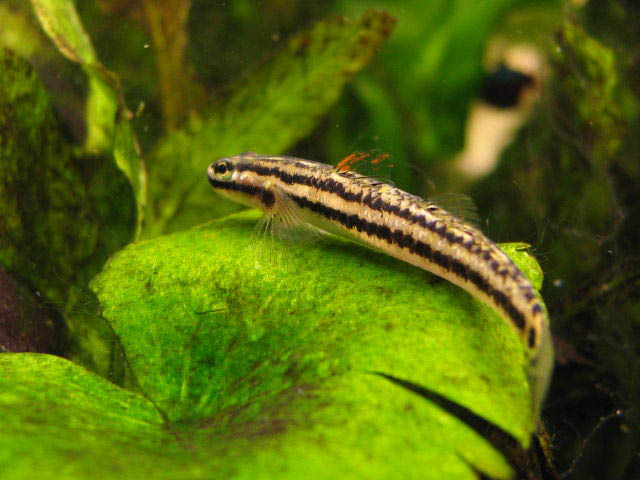 Last edited by odyssey on Sat Oct 25, 2008 7:52 pm, edited 1 time in total.
I am not used to English. Therefore,It is likely to sometimes misunderstand it.
Top

Those are absolutely stunning fish, I especially like the fish in photo's 2, 5 & 6

Thank you so much for sharing your amazing fish. Stunning! I wish I could fish beautiful like those.

Could you also post pictures of your tanks?
Top

Amazing fish! I have never kept gobies but I love to see pics & learn about them. More please.

Odyssey, they are so beautiful. Thank you for sharing your photos with us.

Congratulations on breeding them too.

Those fish are incredible. Very nice

Beautiful fish. The long sickle-shaped dorsal fin is similar to that of the Nemateleoptria genus of salt water gobies.

The appearance of the Stiphodon tank

Hi Mad.
The blue color is particularly impressive.
I learned it as follows. The color of the body that the creature is blue has many things by the structural color not a thing by the light absorption by the pigment.
structural color

Hi starsplitter7
I have two water tanks of 60cm in width.
I grow a large quantity of algas by strong illumination on the leaves of the waterweed and wood.

Hi Emma , Barracuda518.
They lay eggs, and the male protects eggs. However, unfortunately it is difficult to breed it in a water tank.
Because,
Their egg is very small, and the fry falls down to the sea after incubation immediately.
They go up again in the river after it was spread in the ocean current, and the fries grow up there.

Hi The Kapenta Kid.
Because I do scuba diving, I can watch a lot of gobies in the sea.
Like the picture which you introduced,
in the sea there are many kinds of goby that the male first dorsal fin grows very long. 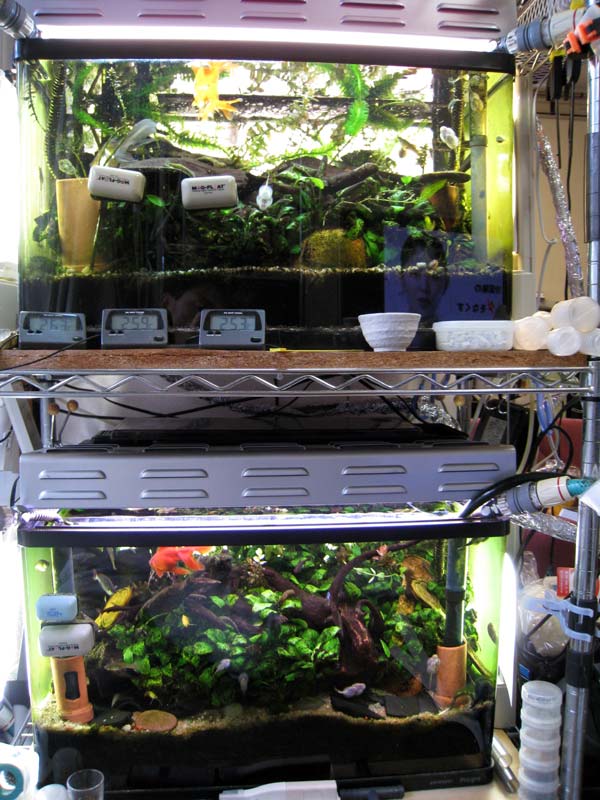 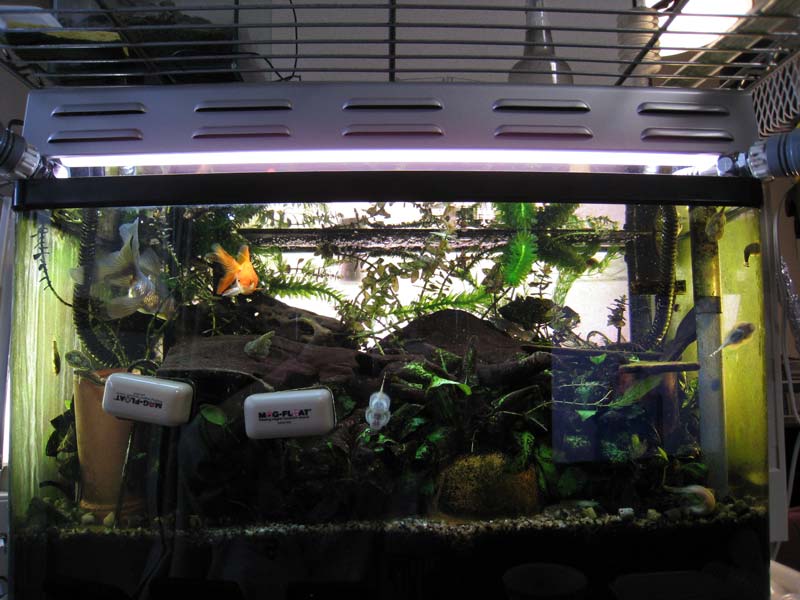 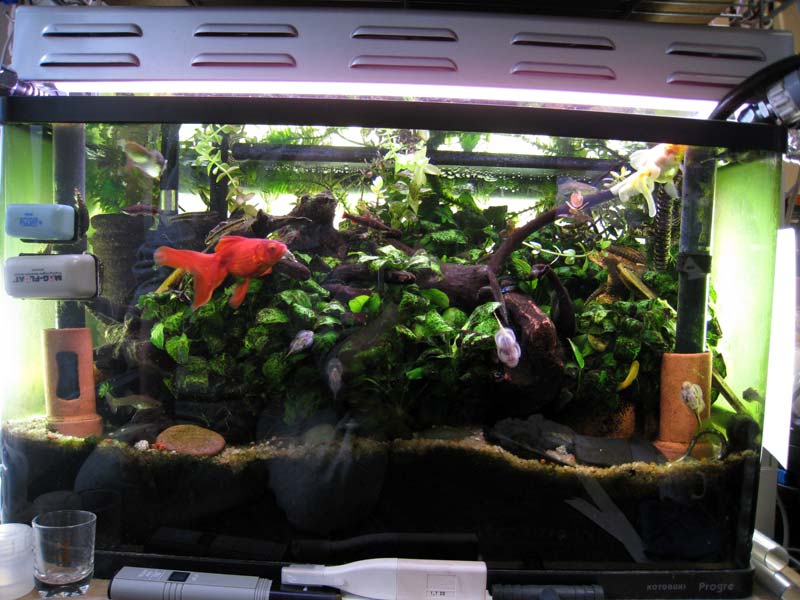 Various kinds of Stiphodon on the field of the alga 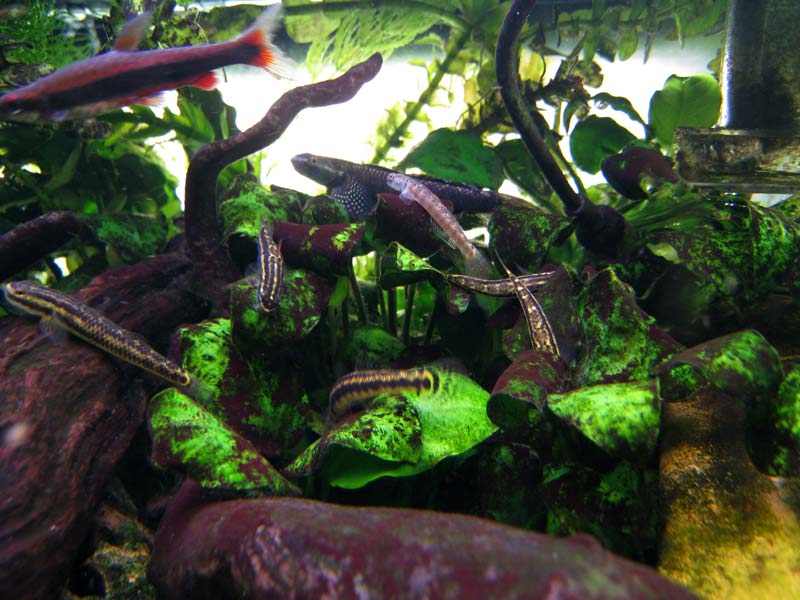 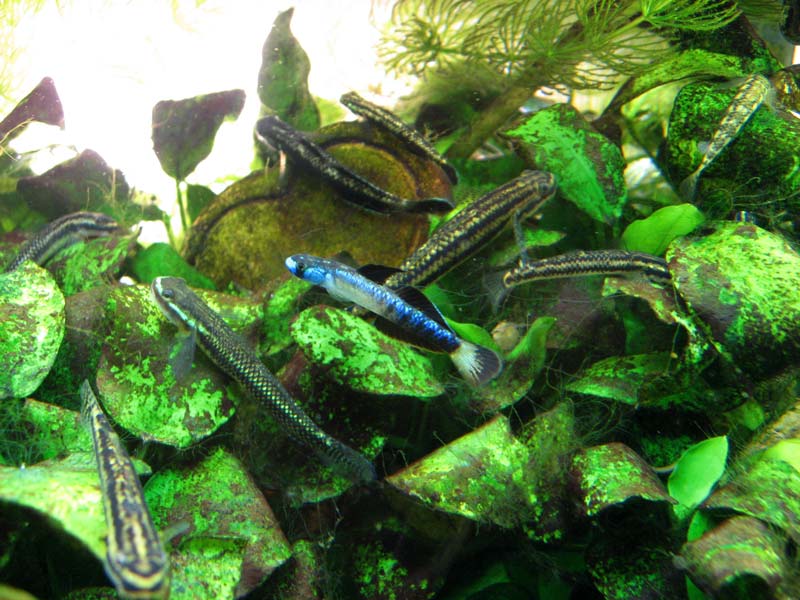 A male and a female of the courtship action and the nest and the egg which were uncovered. 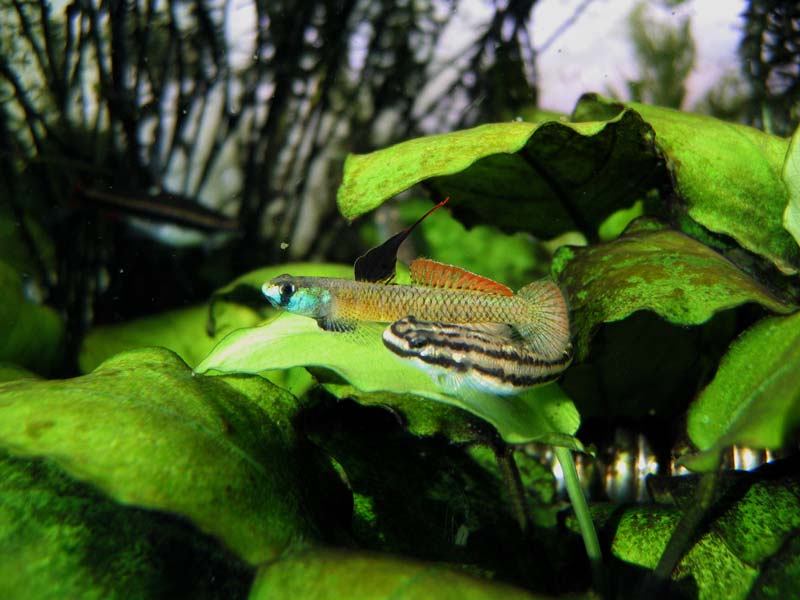 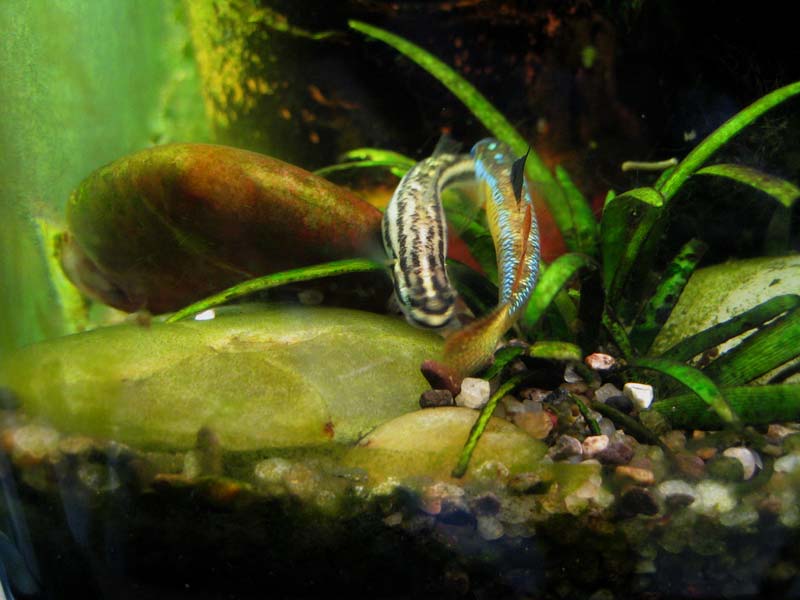 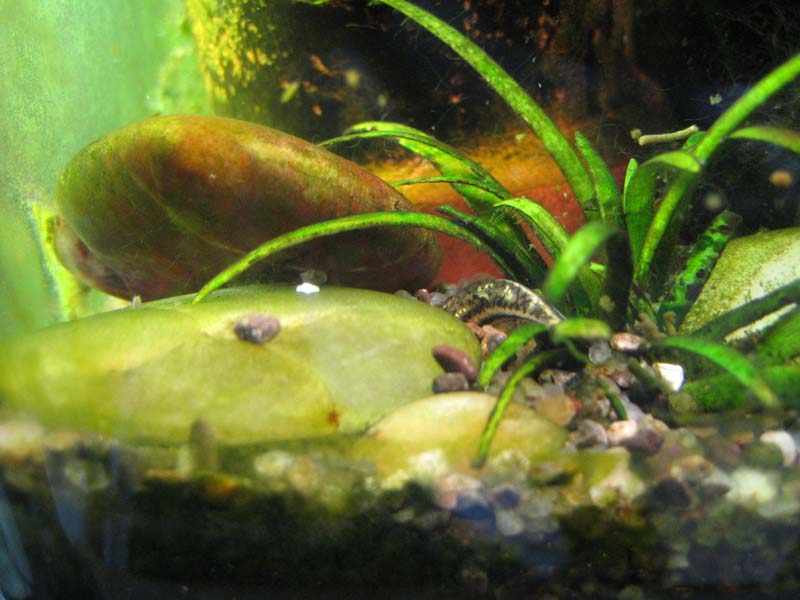 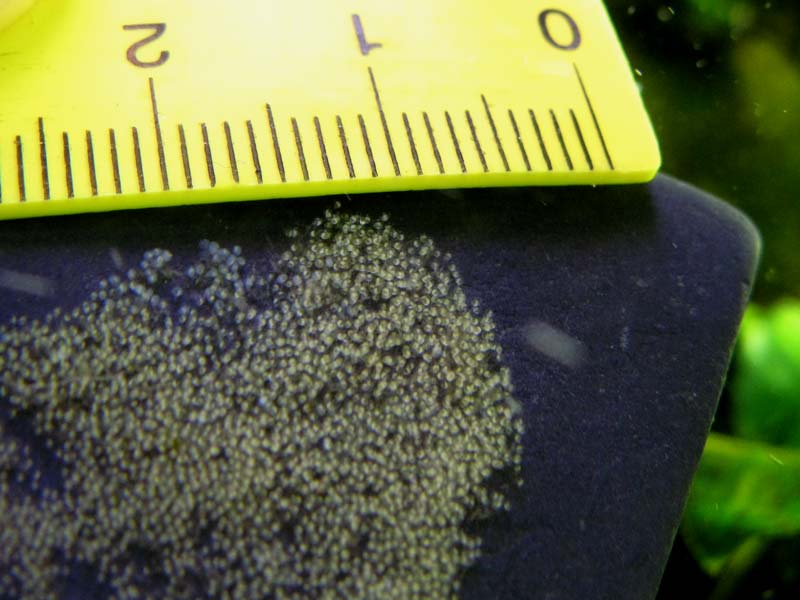 Last edited by odyssey on Mon Oct 12, 2015 10:34 am, edited 1 time in total.
I am not used to English. Therefore,It is likely to sometimes misunderstand it.
Top

My English language skill is poor. Therefore,It is likely to sometimes misunderstand it.

I would not worry too much about that. Your descriptions are perfectly clear.
This is a very international site and we all get along using English whether it is our mother tongue or not.

In your second last picture is that oval shape towards top left a mussel or some other mollusk?

PS. The salt water goby pic is not mine. I took from some open source fish database so I did not bother to credit it. I do have such fish, and just as beautiful, but I have no photos of them at the moment.
Horum omnium fortissimi sunt Belgae
Top

Odyssey , these pics are wonderful , those Gobies are stunning !
Top

I've been looking for more Stiphodons to add to my collection of gobies. Can I keep more than 1 species in a tank, my current male seems to be very fisty with other gobies I keep.
Top

Great pics!!
I hope you keep posting pics of your fish. You have some impressive specimens.

awesome pictures. So, do you raise the fry in a brackish water environment?
Top
Post Reply
507 posts

Users browsing this forum: No registered users and 6 guests